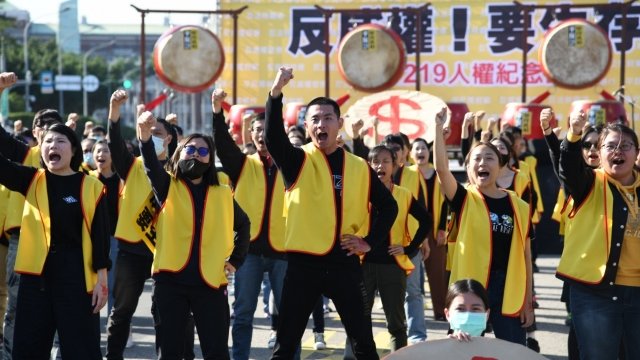 Anti-tax demonstrators are once again taking to the streets in Taiwan.

Thursday reportedly marked the third time in the past seven days that thousands of people gathered in the country's capital of Taipei to demand tax reform.

The demonstrations were organized by an activist group called the Tax and Legal Reform League. It's been pushing Taiwan's government to change its tax system for years, but officials told news outlets it was recently inspired by the so-called "yellow vest" protests in France.

But in Taiwan, it's unclear how successful protesters will end up being. Taiwan's Ministry of Finance previously released a statement that seemed to indicate it wasn't willing to consider some of their complaints.