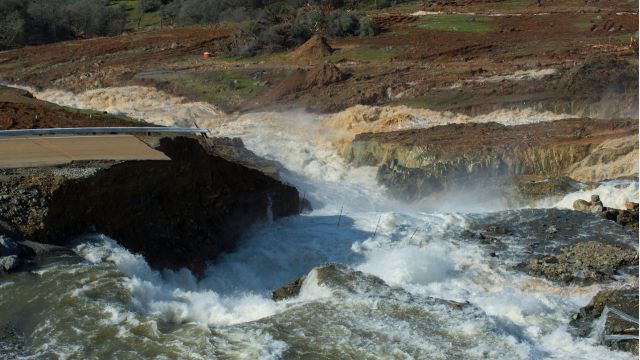 SMS
Nearly 200,000 Californians Ordered To Evacuate Amid Flood Risk
By Lindsay Gloor
By Lindsay Gloor
February 13, 2017
A hole broke open in the Oroville Dam's main spillway after a remarkably rainy winter, and now its emergency spillway is damaged, too.
SHOW TRANSCRIPT

Nearly 200,000 Californians living just north of Sacramento were ordered to evacuate because of major flooding concerns.

Authorities issued the order because the emergency spillway at Oroville Dam is in danger of failing. The local sheriff emphasized this is "not a drill," and the governor declared a state of emergency.

Spillways are safety valves used to release water in a controlled manner. This prevents Lake Oroville from spilling over the dam.

After a remarkably rainy winter, state officials discovered a hole in the dam's main spillway Feb. 7. And now its emergency spillway, which was used for the first time ever, also has erosion damage.

The dam itself is separate from the spillway and is structurally sound. The California Department of Water Resources said water stopped flowing over the emergency spillway Sunday night. But it's not clear when residents might be able to return home. 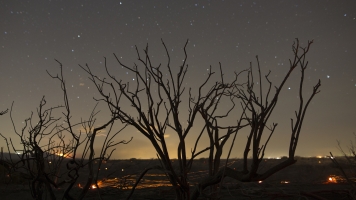 The large amount of precipitation this winter comes after a five-year drought in California.