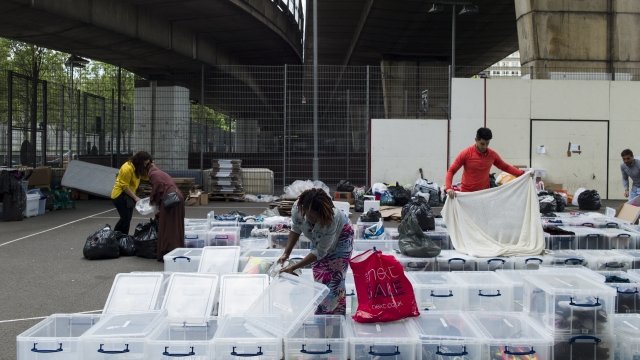 Thousands of London residents were evacuated from residential buildings with little to no notice over the weekend, as fire safety concerns continue to grow.

Officials blame combustible cladding for the spread of the massive blaze that overtook Grenfell Tower earlier this month, killing an at least 79 people.

As of Sunday, British authorities had found 34 buildings across the country with cladding that had failed fire safety tests.

Thousands of people were moved out of a housing estate in London on Friday night, but there weren't enough hotel rooms set up for everyone that evening.

Over 100 people had to sleep on inflatable mattresses at a nearby recreation center.

Some residents have claimed they were told to leave their homes immediately but to expect to be gone for weeks. Officials are urging people to stay with family or friends if they can.