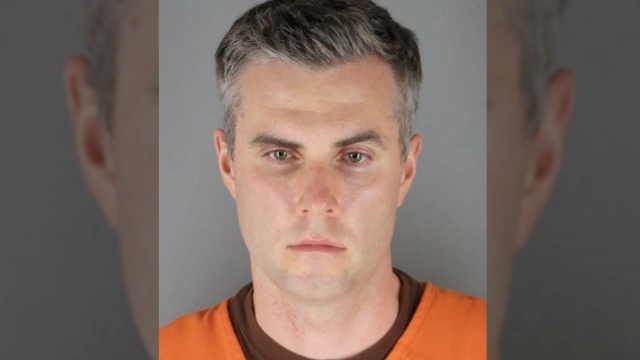 Former Minneapolis police officer Thomas Lane has been sentenced to 2.5 years in federal prison for violating George Floyd’s civil rights — less than half of what prosecutors wanted.

Lane and two other ex-officers were convicted in February of depriving Floyd of his right to medical care when Derek Chauvin murdered Floyd by kneeling on his neck for more than nine minutes.

Floyd's brother, Philonise, told reporters after the Thursday hearing that the sentence is "insulting."

Prosecutors wanted up to 6.5 years in prison for Lane’s role in the videotaped killing that sparked global protests and a reckoning over racial injustice. But on Thursday, U.S. District Judge Paul Magnuson said Lane had a “minimal role” in the incident.

Lane can be heard on body camera asking the other officers if they should turn Floyd over so he can better breath. While Chauvin kneeled on Floyd’s neck, Lane held his legs, J. Alexander Kueng pinned his back and Tou Thao held back bystanders.

Kueng and Thao have yet to be sentenced. Federal prosecutors are seeking substantially higher sentences for them because they were also convicted of failing to intervene to stop Chauvin. Lane didn’t face that charge because he twice asked his fellow officers if they should turn Floyd onto his side.

Earlier this month, Chauvin was sentenced to 21 years in federal prison to run concurrently with a 22.5-year state prison sentence he received last year.