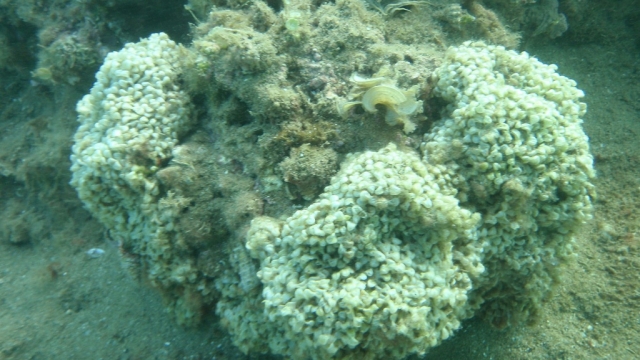 SMS
This Simple Sea Creature Might Have Been Earth's First Animal
By Melissa Prax
By Melissa Prax
February 26, 2016
Researchers pinpointed the source of molecules in 640-million-year-old fossils to determine what might've been the first animal on Earth.
SHOW TRANSCRIPT

SpongeBob SquarePants wasn't the first animal on Earth, but scientists believe the animal he's based off of — the sea sponge — very well could have been.

Which means sea sponges likely existed 100 million years before most animal life, like algae, was known to begin.

One of the main molecules the study focused on was a type of cholesterol known as 24-ipc that was found in both the 640-million-year-old rocks and the rocks from 540 million years ago.

This hypothesis isn't exactly new. One of the researchers had been speculating since the mid-'90s that the sea sponge could've been Earth's first animal.

But technology advancements in testing are now able to offer more substantial proof.

This video includes clips from Nickelodeon, KMDDiver / CC BY 3.0 and Massachusetts Institute of Technology and images from Dimitris Siskopoulos / CC BY SA 2.0, Wilson44691 and Anna Barnett / CC BY 2.0.