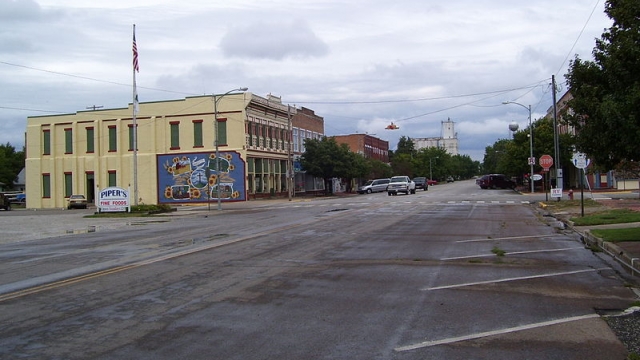 Kansas is known for its open spaces, and one city is giving away some of that space.

But to snag some of that free land, there's a catch — you have to build a home in Marquette, Kansas.

The city has certain requirements for new homes, like they must be at least 1,000 square feet and be on a basement or crawl-space foundation.

The city of Marquette started giving away lots of land a decade ago. Various lots sit on 10 acres of land and range from 11,000 to 25,000 square feet.

Newsy's partners at KSHB report there have been 35 homes built — only half of the available lots. The city says it still gets calls about the program.

"It's got that small-town, almost '50s atmosphere about it," Marquette resident Sue McDonald said.

Marquette has around 650 residents, and the move to give away land is meant to improve the small city's infrastructure and economy.

"We thought maybe if we get one house, two houses, three houses. But we planned big. After we put the plan in place, we had hundreds of calls from around the country," former Marquette Mayor Steve Piper said.

Marquette isn't the only place in Kansas or the U.S. to offer free land to potential new residents. Towns in Minnesota, Iowa and Nebraska also offer land giveaways.