This Is What An Impeachment Looks Like, Start To Finish 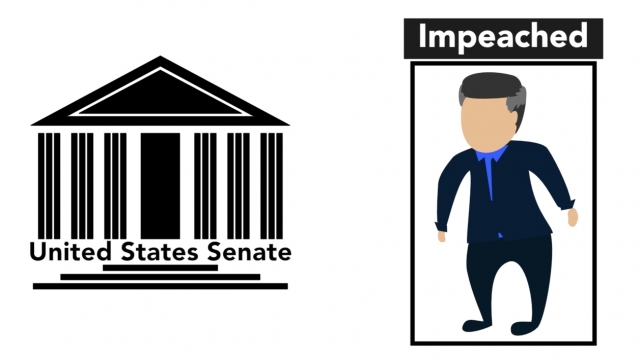 SMS
This Is What An Impeachment Looks Like, Start To Finish

By Stephanie Liebergen
December 4, 2019
The House of Representatives has initiated impeachment proceedings over 60 times, but only 19 cases have moved on to the Senate.

The Constitution says the power of impeachment lies with the House of Representatives. So here's how that process really works.

First, it's important to note impeachment is the process, not the outcome. In March 1868, President Andrew Johnson became the first president to be impeached.

Johnson and President Bill Clinton were both impeached, but neither one was removed from office.

The House of Representatives voted to impeach Johnson on 11 counts. Most claimed Johnson violated the Constitution when he removed the secretary of war from office. Ultimately, the Senate impeachment vote was one vote short of the two-thirds majority required to remove Johnson from office.

Clinton was impeached on two separate counts: for lying under oath about his relationship with Monica Lewinsky and for obstructing a federal civil rights investigation against him. Clinton was acquitted on both counts.

The president, vice president and all civil officers can be impeached for "treason, bribery or other high crimes and misdemeanors."

The process starts in the House of Representatives. It can be initiated by a single representative or the House itself. The results of an investigation into the charges are presented to the House Judiciary Committee. The committee drafts articles of impeachment and votes on whether to send the charges to the full House for a vote. If the full House votes and approves by a simple majority, that person is officially considered impeached, and the process moves on to the Senate. 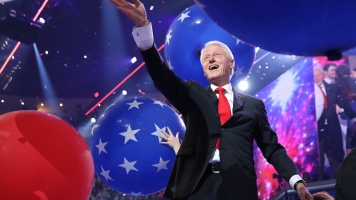 A committee of representatives from the House act as the prosecutors in the Senate trial. The Senate plays the role of judge and jury, unless it's the president being impeached. In that case, the Supreme Court's chief justice presides. The Senate must convict with a two-thirds vote.

In the history of the U.S., the House has initiated more than 60 impeachment investigations, but only 19 cases have moved on to the Senate.

Most of those impeached officials were judges — 15, to be exact. Two presidents, one Cabinet secretary and one senator make up the other four.

That senator, William Blount, became the first person ever impeached in the U.S. in 1797. His case ultimately set a precedent declaring members of Congress are not "civil officers," so they're no longer eligible for impeachment.

The House of Representatives and the Senate maintain control over kicking out members of their respective chambers. Both chambers require a two-thirds majority vote to remove a sitting lawmaker from office.