This Gun Is Designed To Look Like A Smartphone 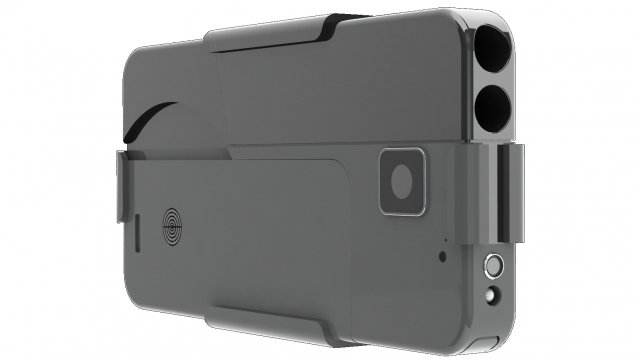 SMS
This Gun Is Designed To Look Like A Smartphone
By Ben Lawson
By Ben Lawson
March 30, 2016
A gun that can be folded to look like a cellphone has some worried it could cause security problems at airports.
SHOW TRANSCRIPT

A Minnesota man has designed a gun that looks like a cellphone.

Ideal Conceal CEO Kirk Kjellberg told KARE he got the idea after he received some unwanted attention for carrying a gun in a restaurant.

"A little child, a boy about 7, saw me and said, 'Mommy, mommy, that guy's got a gun.' The whole restaurant of course turns and stares at you and I thought, 'There's just got to be something better to do than this,'" said Kjellberg.

The gun holds two .38-caliber bullets. One press of the safety releases the handle, and then the gun is ready to fire.

It's hardly the first folding gun or the first one designed to be compact, but there are concerns a gun disguised as a cellphone could slip past airport security.

But Kjellberg says it has enough metal in it to set off a metal detector, and he is working with Homeland Security to provide X-rays of the gun so it can be easily picked out in airport screenings.

This video includes a clip from Fox Business.