This Abandoned Floating McDonald's Is Getting A Makeover 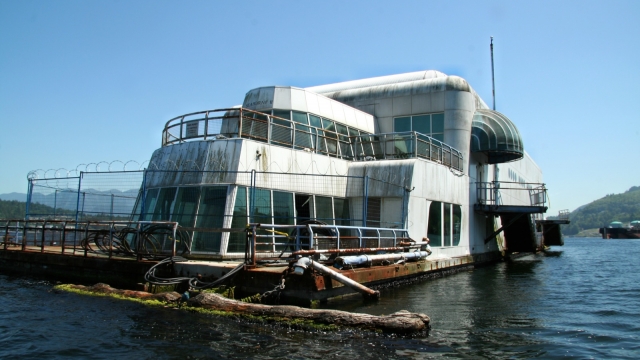 SMS
This Abandoned Floating McDonald's Is Getting A Makeover
By Ryan Biek
By Ryan Biek
March 14, 2016
The "McBarge" was abandoned roughly 30 years ago, but now the owner is investing more than $3 million to open a new restaurant there.
SHOW TRANSCRIPT

A floating McDonald's in Canada, known by many as the "McBarge," is getting a new life after it was abandoned 30 years ago.

The restaurant, formerly dubbed the Friendship 500, was launched as part of the 1986 world's fair.

But the barge's days as a McDonald's seem to have ended within years of starting.

It was originally intended to offer diners an elegant experience. But fast forward to the new millennium, and the picture's a little bleak.

Owner Howard Meakin previously tried to turn the barge back into a restaurant, but those plans fell through.

Meakin told the Vancouver Sun he can't divulge details about the project due to confidentiality agreements. But he did say it's meant to tie into the 30th anniversary of Canada's Exposition.