Thinking About Gender Roles Could Change How Men Vote This Year 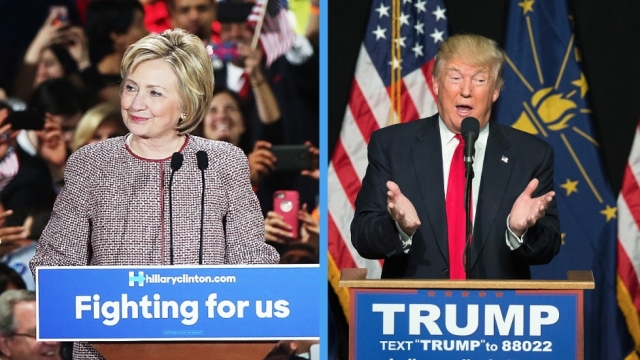 SMS
Thinking About Gender Roles Could Change How Men Vote This Year
By Eugene Daniels
By Eugene Daniels
April 21, 2016
A survey was done to measure how men would vote if they felt "potential threats" to gender roles.
SHOW TRANSCRIPT

Are men ready for a woman in the Oval Office? Apparently, only if you don't make them think about stereotypical gender roles before you ask who they will vote for this year. Stay with me — I'll explain.

A recent Fairleigh Dickinson University study masqueraded as a typical presidential preference poll. It also asked New Jersey respondents about how much they earned in comparison to their spouse. They were then given a general election choice between Hillary Clinton and Donald Trump.

The men who weren't questioned about their spouse's money until the end chose the former secretary of state over the billionaire by 49 to 33 percent. The men with the gender prime actually chose Trump 50 to 42 over Clinton.

The same methodology was used in a Bernie Sanders-Trump matchup. Men given the gender question first chose Sanders more than those without the gender prime.

One of the researchers claims this is proof of just how fragile masculinity is — that if men even think "about potential threats" to gender roles, they will vote for a man simply based on that idea.

The researcher put it this way: "Even the potential of making less than one's spouse threatens accepted gender roles. ... In this case, men were responding to a threat to their masculinity by saying they would prefer a man, rather than a woman, in a presidential race."

While this could be true, the poll definitely lays bare an issue with political polls: All voters are different. There are a lot of different reasons people choose a presidential candidate, and it's tough to pin down how voters make their choice.

But the poll did find out young liberal men chose Clinton more when given the gender prime.