These Winners Made History At The 2018 Golden Globes 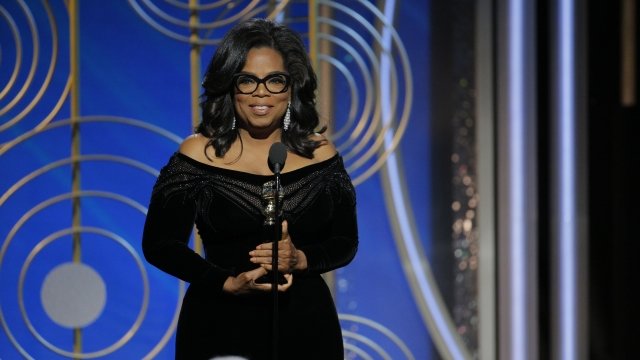 The 2018 Golden Globes was a night of firsts.

Sterling K. Brown from "This Is Us" became the first black actor to win the award for best actor in a TV drama. It was his first Golden Globes win — Brown previously was nominated for best actor in a limited series for his work in "The People v. O.J. Simpson: American Crime Story."

Aziz Ansari was the first Asian man to win the Golden Globe for best actor in a TV comedy. He took home the prize for Netflix's "Master of None."

And Oprah Winfrey noted she was the first black woman to win the Cecil B. DeMille Award in her acceptance speech Sunday. That's the show's lifetime achievement award.

The winners of the Golden Globes are chosen by about 90 international journalists who are members of the Hollywood Foreign Press Association.