These Mathematicians Think They Can Predict How People Move In Crowds 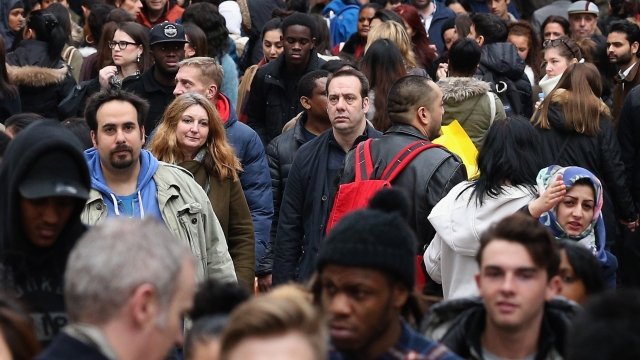 Predicting human movement is important for city planners and architects, and mathematicians think they've got an equation that can do just that.

Imagine walking down a busy sidewalk when someone makes a beeline toward you. As you get closer to each other, you both realize a collision is inevitable unless someone moves. But who?

Mathematicians think they might have solved this game of chicken with an equation to predict how humans will move to avoid each other.

Researchers found that walkers use a concept from game theory called the Nash equilibrium to maneuver through crowded places.

Autonomous cars will stop to avoid hitting pedestrians, and pedestrians could take advantage of that.

It states both walkers make the best possible decisions to avoid a collision, changing speeds or each moving to one side, for example. If what they do avoids the collision, chances are, they'd repeat it.

But while this explains how people work together to avoid colliding, it doesn't explain how they decide the best path to take. So researchers combined the Nash equilibrium with an equation that describes how molecules move between two points and can predict how two parties cross paths.

The hybrid equation worked. Now, researchers want to see if it could predict more random occurrences, like how people might escape from events that spark mass panic.