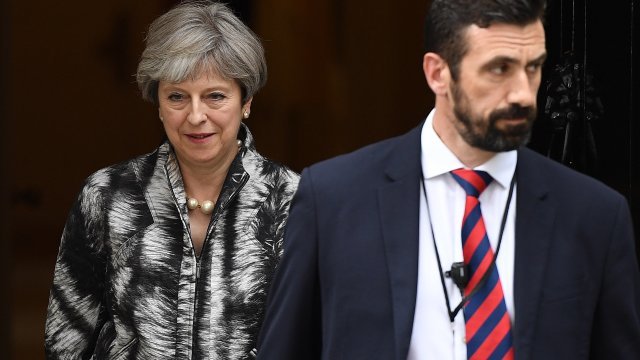 SMS
The UK Is Creating A Task Force To Fight The Spread Of Fake News
By Gabrielle Ware
By Gabrielle Ware
January 24, 2018
Prime Minister Theresa May said it will combat "disinformation" in "an era of fake news and competing narratives."
SHOW TRANSCRIPT

The U.K. is getting aggressive in its efforts to stop the spread of fake news.

A spokesperson for Prime Minister Theresa May says the U.K. is launching a "national security communications unit" to combat "disinformation" in what she called "an era of fake news and competing narratives."

May has accused Russia of interfering in state elections and spreading false reports. Russia interfered in the 2016 U.S. presidential election in part by distributing fake news through social media.

And the U.K.'s not alone in going to great lengths to stop misinformation. French President Emmanuel Macron said he's introducing a law that would make spreading fake news on the internet illegal.