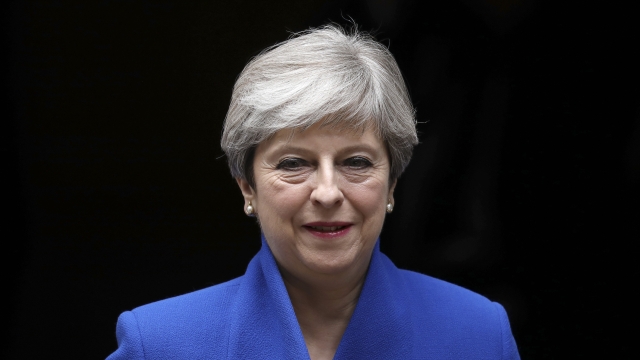 SMS
Theresa May Asked The Queen If She Could Form Her Own Government
By Lindsey Pulse
By Lindsey Pulse
June 9, 2017
May called for a general election to secure her majority in Parliament, but her party ended up losing 12 seats.
SHOW TRANSCRIPT

U.K. Prime Minister Theresa May's gamble on a general election backfired — so now she's making a minority government of her own.

Let's back up a little. May called for a snap election in April so her Conservative party could widen its majority in Parliament. The goal was to get a leg up on negotiating the U.K.'s exit from the European Union. That didn't happen.

Instead, conservatives ended up losing 12 seats in Thursday's election. And since no other party won a majority, the U.K. now has a hung Parliament. In light of the election snafu, Labour leader Jeremy Corbyn called for May to resign.

But instead of throwing in the towel, May took the issue to the top. On Friday, May asked Queen Elizabeth II for permission to start a new governing coalition to keep her spot as prime minister. The queen approved. 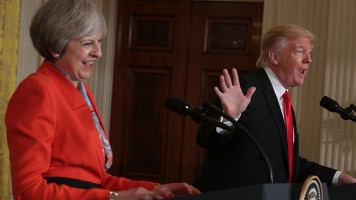 Trump Teases Theresa May After Getting A Tough Question

Now, May says she'll form a government coalition made up of her Conservative Party and the Democratic Unionists in Northern Ireland. The DUP partnership gives May enough seats to push her agenda.

May spoke to reporters following her conversation with the queen. She said the two parties will remain committed to Brexit and securing a new partnership with the EU.