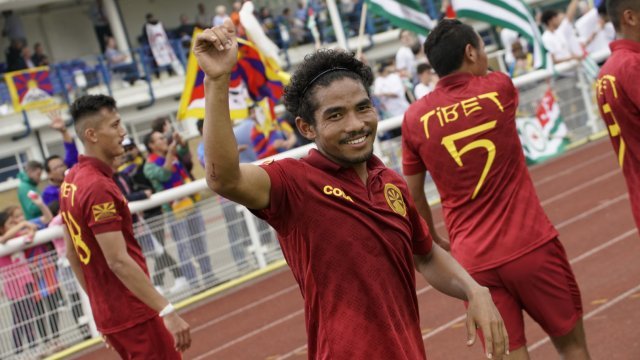 Representing a country at the World Cup is every soccer player's dream. But what if the region they call home isn't a recognized nation?

CONIFA, or the Confederation of Independent Football Associations, is the answer. The nonprofit just hosted its third Football World Cup in London. And it featured teams such as Tibet, Abkhazia, Western Armenia, United Koreans in Japan and many, many others.

CONIFA currently has 46 members. The organization now wants to expand to South America, which doesn't yet have a team. It's also in contact with Native American tribes to see if they would be interested in becoming members. The location of the 2020 Football World Cup will be decided in January, and a Women's Cup is also in the works.

Here's the transcript of Newsy's interviews with Noah Wheelock, CONIFA's communications director for North America, and Steve Clare, a soccer reporter for Prost Amerika who covered the tournament. 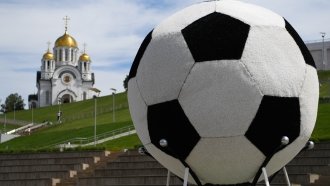 SCHAMISSO: You have some teams that are, by nature, politically charged. And then you have some other teams that seem to be a celebration of a niche culture. So it seems to be funny, and also tragic at the same time. How do you reconcile those two extremes?

WHEELOCK: We feel all our applicants are serious applicants, whether they're more celebratory or more tragic. For example, the Sapmi people in northern Sweden, they don't have a separation movement going on, but they do feel ethnically different, so we don't feel them to be funny, even though you know, they're a group of reindeer herders from northern Sweden, and they don't have the same level of discourse that that the Rohingya or Tibet would have.

SCHAMISSO: Aren't you afraid that that makes you a political organization that could, you know, p--- China off, or Myanmar?

WHEELOCK: It's absolutely an issue for us, and it's a consideration all the time. Again, what we like to do is have our borders, as you would, be open. And so we understand that that would put us, perhaps, in the bad book for for some of the other nations. For example, we had for our recent World Football Cup, some sponsors were happy to be on board until they found out Tibet was coming.

SCHAMISSO: You guys keep saying you are non-political, but because you mentioned open borders, that automatically makes me think that in a way you all are very progressive. I just think that open border is by itself a political opinion.

WHEELOCK: That's fair. I think we're all progressive because we all want everybody to have the opportunity to play, and I think that that by nature is progressive, whether you're talking about, you know, gay rights or equal rights for any kind of organization.

SCHAMISSO: Some minorities and regions that are not recognized, I assume the national pride that they feel is even stronger.

WHEELOCK: Absolutely. When we had a World Football Cup in 2016 in Abkhazia which is part of the region ... within the borders of Georgia, the country, they were playing only for national pride. But I mean literally the whole country was virtually at the games, and it was unbelievable. That was clearly a very strong motivator for them to be able to represent not Georgia, not Russia and not another nation, but to represent Abkhazia.

Steve Clare covered the 2018 CONIFA Football World Cup in London for his website Prost Amerika. He was there to report on team Cascadia, a region that includes Oregon, Washington and British Columbia. But he also ended up writing about a series of juicy diplomatic scandals. For one, he acquired a copy of a letter from the Republic of Cyprus urging tournament venues not to host CONIFA games in their stadiums. The Republic of Cyprus was furious at CONNIFA for allowing a Northern Cyprus team to participate in the event.

Northern Cyprus is a highly disputed region that's recognized as a sovereign state only by Turkey. The letter accused CONIFA of being "an association that provides an umbrella network for illegal secessionist entities purportedly to play football."

CLARE: It was a pretty nasty letter, actually, and it also started abusing CONIFA, calling it ... "a forum for terrorist groups and separatists." 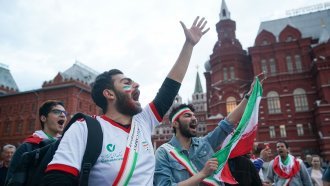 Then, there were letters from the Sri Lankan government complaining about the Tamil Eelam team. I later heard the Georgian government had piled in on Abkhazia. Then it came out that I think the Ukrainian government was going to de-register all the guys who played for Karpatalja.

SCHAMISSO: And despite all that, football continued, and people played football. You all enjoyed yourself to the best extent possible?