The Arctic Ocean Now Has Its Own Garbage Patch 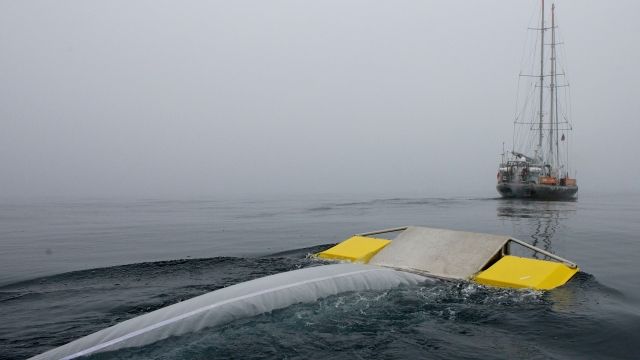 Ocean currents are pulling plastics into a new garbage patch in Arctic waters.

You've probably heard the oceans have a garbage problem. Currents and winds collect tons of plastics and other trash into big patches called gyres. Up until now, we thought there were five worldwide.

But new data collected during a research cruise shows garbage patches are also gathering in Arctic waters. We used to think the northern oceans were relatively pristine.

Researchers estimate these patches make up less than 3 percent of all ocean trash — but that's still more than expected for such a remote area; fewer people should mean less plastics and trash.

There are ambitious plans to get the garbage out of the oceans — with giant filters and with your own two hands.

In the five big gyres to the south of the Arctic, wind drives currents on the ocean surface. But the newer patch in the Arctic is probably driven by deeper ocean movements. Water at different temperatures rises and sinks in big loops that reach from northern seas all the way south to Antarctica. Sometimes this circulation is called the great ocean conveyor belt.

And just like a conveyor belt, this current appears to be dragging trash from the north Atlantic Ocean all the way up to the Arctic. But there is a silver lining: If we address pollution in the mid-latitudes, it could also benefit the fragile ecosystems up north.