Experts Have Ideas For How To Secure The U.S. Capitol Without A Fence 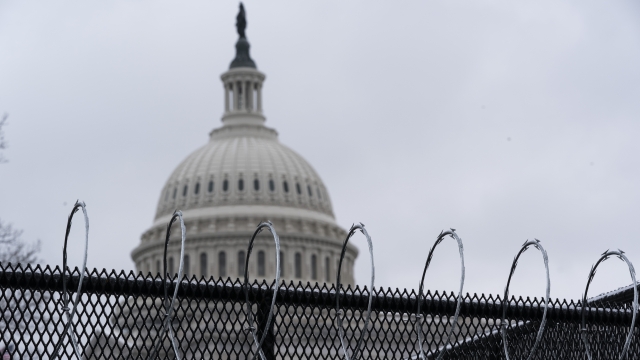 Smart landscaping and ballistic window film are some suggestions from security and architecture professionals who spoke to Newsy’s investigative team.

U.S. Capitol Police want to build a permanent fence around the building to enhance security after the Jan. 6 insurrection.

It’s a controversial idea, and one that may not be necessary according to top security experts and architects contacted by Newsy.

He shared a list of suggestions for strengthening protection at the Capitol complex without erecting a permanent fence.

He would first close busy Constitution and Independence avenues to traffic.

Both thoroughfares cut through the grounds of the Capitol, separating the domed building from the offices of lawmakers.

Vonier would turn the area into a pedestrian only zone, following an example from after the Oklahoma City bombing when authorities closed Pennsylvania Avenue to vehicles in front of the White House.

“Everyone who enters that area is watched and scrutinized for what they're wearing, how they're behaving, what they're carrying,” Vonier said.

Instead of a fence, smart landscaping can create natural, subtle rings of security around high profile buildings.

In the security world there’s such a thing as hostile vegetation.

“We’ve all had that experience, you’re trying to get in some place and there’s thorny plants,” said Peggy Van Eepoel, a security specialist and senior principal at Thornton Tomasetti.  “They may look great but can make it pretty uncomfortable for you to get through.”

Experts also shared ideas for how to ensure a mob that gets past outdoor security never gets inside.

One option is to harden windows with tough but invisible ballistic film so they can’t shatter as they did at the Capitol during the siege, said Timothy Dimoff, president of SACS consulting and investigative services

“The whole purpose is, hit it, shoot it, whatever, it’s not coming out,” Dimoff said.

He also would install locks able to instantly secure doors remotely and hidden steel gates that can quickly seal off sections of the building.

“You hit a button and it raises up and it blocks the doors,” he said.

After an attack on Canada’s parliament in 2014, an analysis found the most critical security lapses weren’t physical but instead a result of human errors.

Security services in Ottawa streamlined law enforcement coordination and enhanced intelligence gathering, which may have made more of a difference at the U.S. Capitol than a fence, said Phil Gurski, president and CEO of Borealis Threat and Risk Consulting.

“It wasn’t that the intel wasn’t there, it wasn’t acted on," Gurski said of the Jan. 6 riot. "And that’s a very important distinction.”

A decision by Congress on a permanent fence will wait until at least March 5, when a security review is scheduled to conclude.

“The idea that this is meant to be an amenity for the people and a place for the people's business is what should be at the forefront,” he said.