The World’s Richest Person In 2022 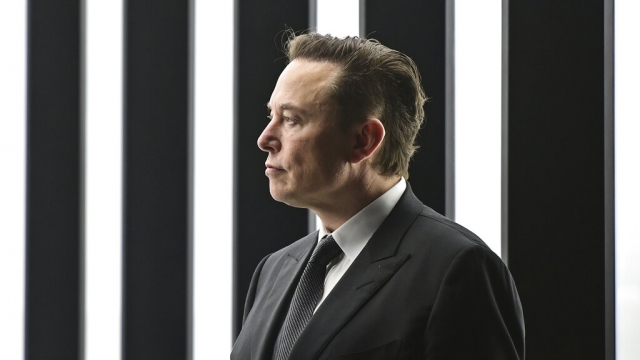 Amazon founder Jeff Bezos has been dethroned as the wealthiest person in the world. Tesla CEO Elon Musk has taken the top spot on Forbes’ annual list of the world’s richest people, bumping Bezos from a four-year run.

The South African-born entrepreneur, who also leads other notable companies including SpaceX and The Boring Company and who recently bought Twitter, is worth a reported $219 billion. Musk first made Forbes’ list a decade ago. In 2012, his net worth reached $2 billion. Bezos, who went through a well publicized and costly divorce in 2019, has dropped to second on the list with a fortune of $171 billion.

When Forbes reached out to Musk for a comment on the news of his rise to the top of the list, the noted pot-stirrer responded with a brief email.

“I’m sending a giant statue of the digit ‘2’ to Jeffrey B., along with a silver medal,” Musk replied to Forbes.

Musk Sells $4B In Tesla Shares, Presumably For Twitter Deal

A filing with the Securities and Exchange Commission showed the shares were sold over the days following acceptance if his offer to acquire Twitter.

The two controversial billionaires have a longstanding rivalry. For example, Musk, 50, has called Bezos, 58, a copycat on Twitter on at least two occasions: In 2019, when Amazon announced it would launch internet satellites, and again in the following tweet from 2020 when Bezos’ company acquired a company specializing in autonomous vehicles.

“The World’s Richest Person” is not the only title Musk has received in recent months. In December, Time Magazine named the entrepreneur its 2021 Person of the Year. And, last month, he became a father for the eighth time, when he and his now-ex-partner, Canadian musician Grimes, welcomed a baby girl. The couple’s first child, a son, was born in 2020, and Musk has had six other children with his ex-wife, author Justine Wilson, one of whom died as an infant.

The Rest Of The Top-10 Richest People

The following billionaires rounded out the 10 wealthiest people in the world for 2022, according to Forbes Magazine:

3. Bernard Arnault and his family, who oversee some 70 fashion and cosmetics brands, including Louis Vuitton and Sephora, have a net worth of $158 billion.

5. Warren Buffet, one of the most successful investors of all time, has a net worth of $118 billion.

6. Larry Page, the former CEO of Google’s parent company, Alphabet, is worth $111 billion.

7. Sergey Brin, former president of Alphabet, has a net worth of $107 billion.

8. Larry Ellison, chairman, CTO and co-founder of Oracle, with a net worth of $106 billion.

10. Mukesh Ambani, who runs Reliance Industries, has a net worth of $90.7 billion

This story was originally published by Tricia Goss on Simplemost.com.