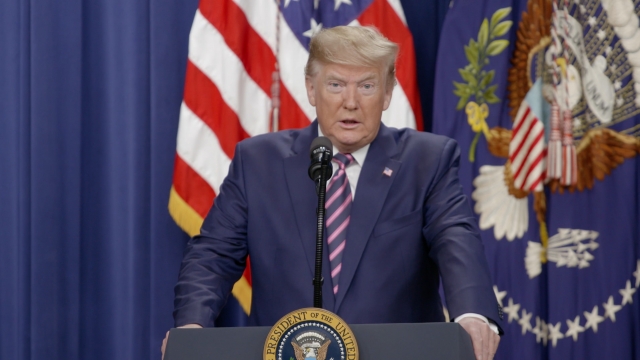 With Congress working to ensure that government workers have 12 weeks of paid family leave, the White House has its eyes set on the private sector.

“We now have a historic opportunity to enact long overdue reforms,” President Donald Trump said at a White House summit.

At a White House Summit the president, along with Health and Human Services Secretary Alex Azar and Senior Adviser Ivanka Trump, spelled out the administration’s plan to address the cost of childcare and the lack of paid family leave.

The White House is looking to reauthorize the childcare and development block grant which expires in 2021.

They are also hoping to relax some of the red tape and regulations they say stand in the way of faith based and home daycares.

Now the White House didn't endorse any single plan addressing family leave, despite the fact that several senators with their own plans were in attendance.

Among them, Republican Senators Marco Rubio and Bill Cassidy who have separate plans that involve either advancing social security funds or child tax credits as a way to pay for family leave.

There’s been criticism surrounding the idea that these plans aren't actually paid leave but rather a loan. When it comes to Cassidy’s proposal there’s also concern it wouldn't benefit low-income people because often times they wouldn't be eligible for the credit in the first place.

Now, Newsy sat down with Senator Cassidy and asked him how the plan would help those Americans.

“If someone does not pay taxes they don’t get as much, we also have an allowance in there for those who are receiving a refundable credit, they don’t receive quite the same 5000.00 but they still receive a fair amount and we spread the payback period, if you will, over 15 years not over ten,” Cassidy said.

One of the most vocal critics of these plans is Democratic Senator Kirsten Gillibrand who has a paid family leave plan of her own, telling Newsy, “This is a conversation I have been leading for years, and my legislation, the FAMILY Act, is the most comprehensive proposal to provide paid leave for families across the country...I’m hopeful that with bipartisan support in the House, we can move forward on implementing a real paid family leave plan that helps all workers for all of life’s events.”

Now, the thing we heard over and over at the summit, is if anything is going to get done, it's going to have to be bipartisan.

The summit was a result of ten paid leave round tables the White House held across the country.