How Often Does The White House Quash Climate-Related Testimony? 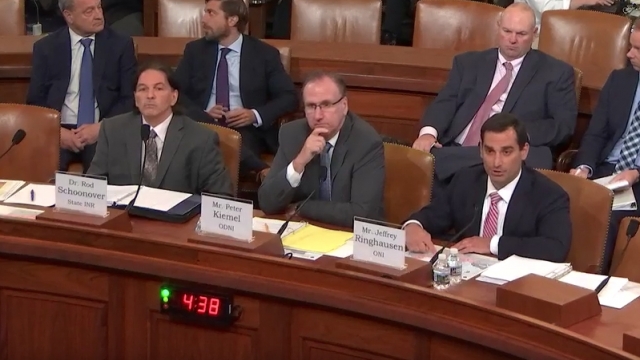 SMS
How Often Does The White House Quash Climate-Related Testimony?
By Evan Thomas
By Evan Thomas
June 19, 2019
Outright censorship of science by the executive branch is relatively rare — but even occasional instances can hurt both scientists and the public.
SHOW TRANSCRIPT

In June, the House Intelligence Committee held a hearing on the national security implications of climate change. All the witnesses were government employees. But the executive branch tried to edit climate testimony from State Department analyst Rod Schoonover before he delivered it because it didn't align with the administration's views on the matter. Then, it prevented that testimony from going on the record.

In this and past administrations, that much outright censorship of climate science has been relatively rare.

"It's happened before, but it's not terribly common that people within federal agencies will ax so much testimony from what a federal official is intending to tell Congress."

Michael Halpern is the deputy director at the Center for Science and Democracy at the Union of Concerned Scientists. He and his colleagues have tracked federal meddling in scientific reporting for years.

What happened at the June 5 hearing was not unprecedented — CDC Director Julie Gerberding had climate-related testimony censored in a similar way in 2007. But Halpern says that during this administration, these interventions have been getting worse.

"Under President Trump, it's really on steroids. We've seen scientists at federal agencies told that they can't talk to the press; we've seen reports that have been withheld on things like chemical safety," Halpern said. "And now we're seeing even Congress is having a hard time getting information from the administration about really important scientific topics."

"We've surveyed scientists in the federal government and we've found that they do tend to self-censor," Halpern said. "Scientists are just choosing, sometimes, not to go public with what they know. And that makes it much more difficult for our democracy to function well." 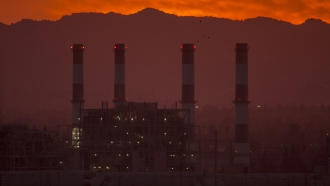 For what it's worth, Halpern says local governments, the corporate sector and the military have all started doing more to address the threats from flooding, forest fires or rainy hurricanes. But these stakes could make censorship by the government even more noticeable, as the timeline for decisive action against climate change gets shorter.