The US Really Doesn't Have A Lot Of Options In Syria 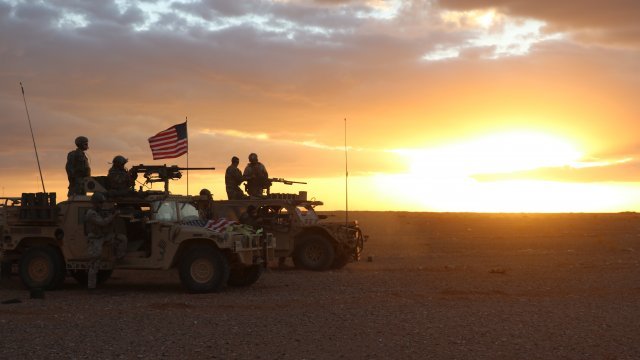 SMS
The US Really Doesn't Have A Lot Of Options In Syria
By Jake Godin
By Jake Godin
February 8, 2018
Chemical weapons and attacks on hospitals have become the norm in Syria. According to a former ambassador to Syria, there's not much the U.S. can do.
SHOW TRANSCRIPT

In Syria, chemical weapons and attacks on hospitals have become the norm. By the end of last year, health care facilities had been attacked almost 500 times since the start of the conflict, mostly by Russian and Syrian warplanes. The Syrian government was accused of using chemical weapons more than 175 times.

To put those numbers into perspective: Now, just barely more than a month into 2018, there've been reports of at least five chlorine attacks and four hospital bombings. So what can the U.S. do about it? Well, its hands are kind of tied.

"It will be difficult for the Americans to prevent the Russians and the Syrians from doing this directly, unless we're willing to go eyeball to eyeball with the Russian air force over northwestern Syria. The Russians fly combat operations over there almost daily," former U.S. Ambassador Robert Ford told Newsy.

Ford was the last U.S. ambassador to Syria and now teaches at Yale University and is a fellow at the Middle East Institute. 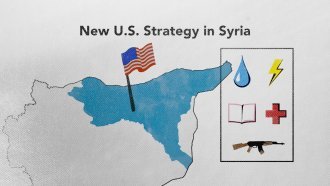 Is The US Nation Building In Syria?

"The other thing we could think about doing is increasing sanctions that would bite specifically on the Russian military and its sources of finance, the large Russian industrial conglomerates that supply it and those conglomerates' financial interests, their banking ties, for example," he said.

Without getting the military involved, the U.S. doesn't really have a lot of options for fixing things in Syria — at least the places where it doesn't have any boots on the ground. With its current policy, Ford says sanctions that hinder Russia's military might be the best U.S. option.

"I think the Americans need to be realistic about how important Syria is to them and set attainable goals. I don't think we can fix the Russian and Syrian government brutality problem. Certainly, there is no quick fix. I don't think many Americans really want the U.S. Air Force to engage in combat with the Russian air force over northwest Syria. That's not realistic," Ford said.

But when it comes to deterring chemical weapon attacks, sanctions may not be enough.

"Although I don't want to see the American military get more involved in Syria, I think the use of chemical weapons is setting a precedent, it's eroding an international standard that dates back to WWI. This is probably worth the Americans figuring out how to make the Syrian government pay a military price when they do cross that red line and use chemical weapons ... We have to respond; otherwise, they will keep doing it," he said.