The US Is Now Calling ISIS Atrocities 'Genocide' 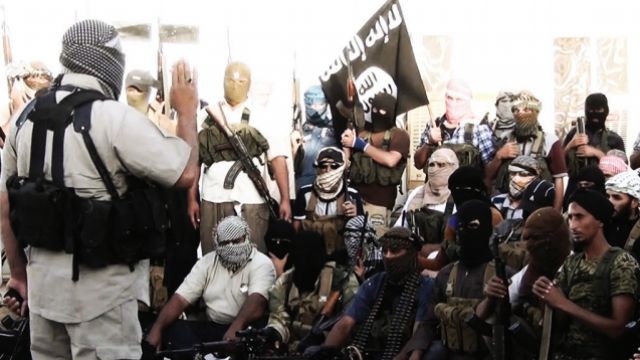 "In my judgment, Daesh is responsible for genocide against groups in areas under its control including Yazidis, Christians and Shia Muslims," Secretary of State John Kerry said.

Using the administration's preferred name for ISIS, U.S. Secretary of State John Kerry for the first time acknowledged the group is committing not only terrorism, but genocide.

This is a big deal because it's only the second time a U.S. administration has determined genocide was happening during an ongoing conflict.

In 2004, under pressure from human right groups, then-Secretary of State Colin Powell applied the label to what was happening in Darfur.

"I concluded that genocide has been committed in Darfur, and that the government of Sudan and the jinjaweid bear responsibility," Powell said in a Senate Foreign Relations Committee hearing in 2004.

There'd been a lot of pressure on the administration to start calling ISIS' actions genocide.

Organizations including the Holocaust Memorial Museum and the Knights of Columbus issued reports documenting mass killings and sexual slavery of minority groups at the hands of ISIS.

On Monday, the U.S. House unanimously passed a resolution proclaiming ISIS had committed genocide in Iraq and Syria — and gave the Obama administration a deadline of Thursday to do the same.

Historically, the U.S. has carefully avoided using the word because of the potential moral, if not legal, ramifications that come with it.

The U.N.'s 1948 convention on genocide stipulates if a group's actions constitute genocide, punishment is necessary by the signatories.

The U.S. is of course already involved in airstrikes against ISIS and has about 3,000 troops stationed in Iraq.

A spokesperson for the State Department said Kerry's announcement wouldn't necessarily result in any particular legal obligation to do more.

This video includes an image from Getty Images and clips from U.S. Central Command and C-SPAN.