The US Has Fewer Immigrants Than You Think 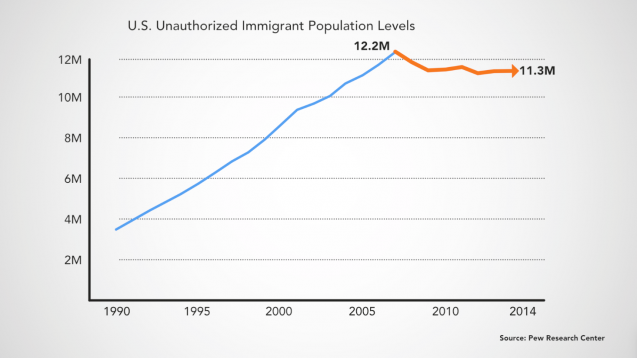 Illegal immigration is down from its peak in 2007. And survey data shows Americans wildly overestimate the number of all immigrants in the U.S.