The US And Russia Have A Few Things To Talk About 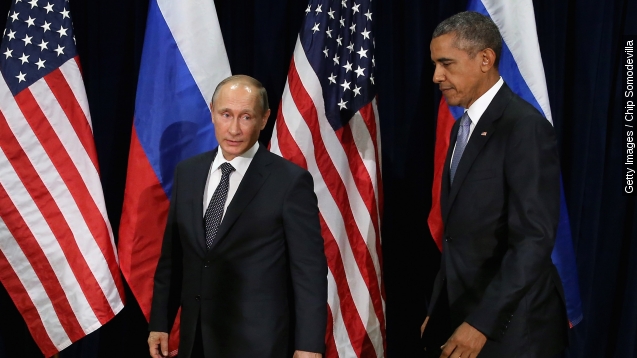 The U.S. and Russia have a few things to talk about, and they're planning to talk soon. (Video via Russian Deputy PM Dmitry Rogozin)

Russia's Parliament approved the use of force in Syria on Wednesday, which was followed by Russian airstrikes in the country. (Video via Syria Rebels Congregation)

But so far, it looks like those airstrikes might be targeting more than just what the coalition against ISIS wants. (Video via Gathering of Dignity)

"It is one thing to be targeting ISIL. We're concerned obviously that that is not what is happening," said Secretary of State John Kerry.

The U.S. has been pretty clear about its intentions in Syria: Both ISIS and Syrian President Bashar al-Assad need to go. (Video via The White House)

Russia insists it is targeting ISIS. So far, the country has posted two videos of airstrikes it says are against ISIS — though the terror group doesn't really have a strong presence, if any, in the targeted regions.

Instead of hitting ISIS, U.S. officials say Russia's airstrikes have been targeting Syrian rebels, some of whom are backed by the U.S. (Video via Falcons of the Mountain Brigade)

"I can absolutely confirm to you that they were strikes against our Free Syrian Army or groups that have been armed and trained by the CIA because we have communications with people there," said Sen. John McCain on CNN.

And unlike the U.S., Russia is one of Assad's allies.

"There is a logical contradiction in the Russian position, and now, its actions in Syria. ... Fighting ISIL without pursuing a parallel political transition only risks escalating the civil war in Syria and, with it, the very extremism and instability that Moscow claims to be concerned about," said Defense Secretary Ash Carter.

Secretary of State John Kerry told reporters the U.S. and Russia are going to have a military-to-military meeting to make sure they don't accidentally target each other and to clarify exactly which targets Russia is striking. That could happen as soon as Thursday.