"The Upside" Takes No. 1, While "Aquaman" Passes $1 Billion Worldwide 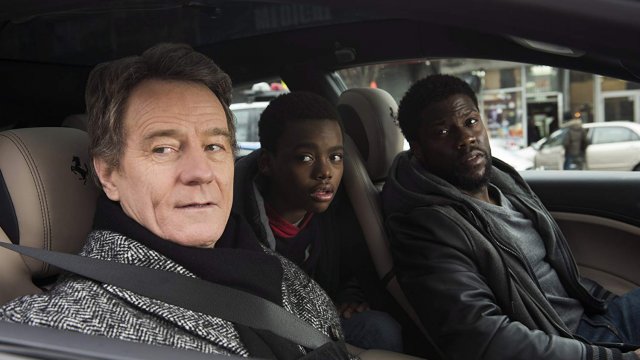 SMS
"The Upside" Takes No. 1, While "Aquaman" Passes $1 Billion Worldwide
By Jamal Andress
By Jamal Andress
January 13, 2019
Despite 'Aquaman' falling out of first place, it managed to pass $1 billion at the box office and become DC's second-highest earning film of all time.
SHOW TRANSCRIPT

Finally kicking 'Aquaman' off his iron box office throne is Kevin Hart's "The Upside" bringing in an estimated $19.5 million in its first week out. That's about $10 million better than analysts expected.

Amongst Kevin Hart's past box office debuts, $20 million is middle of the road. Movies like 'Ride Along' or even 'Night School' have fared better opening weekend.

But for an adult dramedy (and considering the week Kevin Hart has had) this is a particularly impressive opening and a confirmation of Hart's box office appeal.

For Bryan 'Walter White' Cranston however this is far and away his best silver screen debut in a starring role. The next closest film is "Why Him" which had an $11 million debut followed by the "The Infiltrator" which only brought in $5 million in its opening weekend.

While the "The Upside" as a whole has been panned by some critics, several others have acknowledged a charming chemistry between the film's two leading men.

And considering this is Hart's first venture into "serious acting" this is a about as good a result as the comedian could've hoped for.

Falling to No. 2 this week after spending three weeks at the top of the box office is "Aquaman" bringing in an estimated $17 million in its fourth week out.

And inexplicably it's a better box office debut than 1993's "Homeward Bound." — which I think we can all agree is a better film in every possible way.

As for next week, M. Night Shyamalan's improbably redemption story comes to it's much-anticipated conclusion.