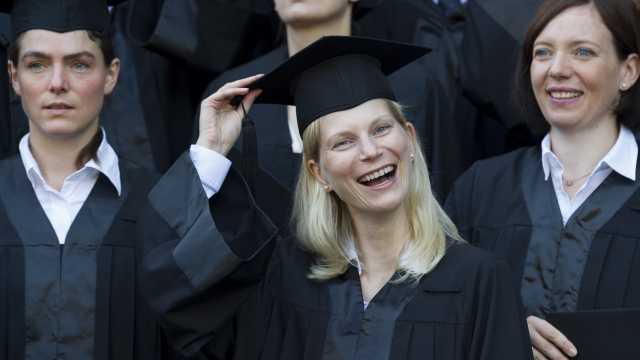 SMS
The University Gender Gap You Might Not Expect
By Ryan Biek
By Ryan Biek
May 12, 2016
There's a different kind of gender gap forming at universities, and based on the trends, it's only going to get wider.
SHOW TRANSCRIPT

There's a gender gap at universities, but it might not be what you're expecting.

At the end of last year, researchers found women in the U.K. were 35 percent more likely to attend college than men –– the widest difference yet for the annual report.

To put it in perspective, the BBC reports if every man who applied to college was accepted automatically, there'd still be fewer men attending.

The situation in the U.S. is similar. Since 1996, American women between the ages of 25 and 34 have been more likely than their male counterparts to hold a bachelor's degree.

And that trend has continued all the way through the end of last year.

So what's driving this gap? One group of economists have argued a more level playing field has shown an advantage for women that has nothing to do with subjects or test scores.

Boys in kindergarten through 12th grade are significantly more likely to get into trouble, whether it be in the classroom or with the law.

Others have argued men and women have segregated themselves between different careers that don't necessarily expect the same levels of education.

Of course, gender gaps aside, there's the argument college itself isn't worth the cost. A Goldman Sachs report in December estimated the average graduate in 2015 will be paying off their student debt until they're 31 years old.

This video includes clips from Cambridge University, University of Oxford and CNN, and images from Getty Images.