The UK Pushes For Brexit Delay As European Elections Loom 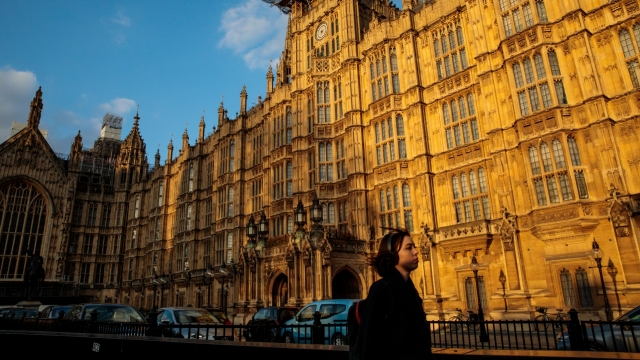 The U.K. is asking for an extension of June 30.

The U.K. is asking the European Union for another Brexit delay. Prime Minister Theresa May says her country needs more time to come up with a withdrawal agreement.

May wrote a letter to EU Council President Donald Tusk asking for an extension to June 30. She said, "It is frustrating that we have not yet brought this process to a successful and orderly conclusion."

It's an interesting move for the U.K., which is scheduled to hold European parliamentary elections on May 23. In her letter, May said it's not in the best interest of the EU nor the U.K. to hold those elections.

May sent a similar letter to Tusk last month. In it she also asked for Brexit to be delayed until June 30.

Some EU countries are reportedly looking to scrap short delays and offer May a one-year extension. But a senior EU official told The Wall Street Journal not all countries are on board with the idea.

So far, British lawmakers have voted down her transition plan three times and  ruled out a no-deal Brexit.

May is scheduled to meet with EU lawmakers at a summit on April 10. Without an extension, the U.K. could leave the EU on April 12 without a divorce deal in place.