The Two-Virus Dilemma: COVID-19 And The Flu 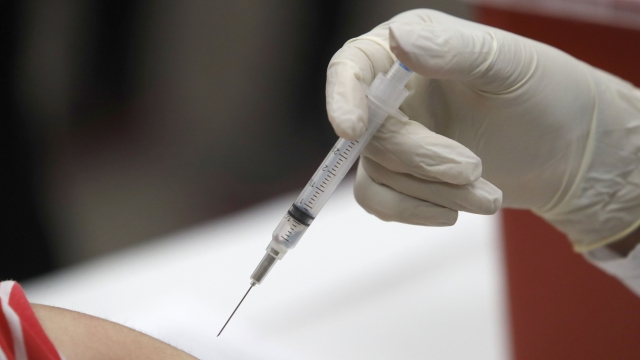 SMS
The Two-Virus Dilemma: COVID-19 And The Flu
By Lindsey Theis
By Lindsey Theis
August 28, 2020
We typically think about getting flu shots in the fall, but pharmacies and doctors offices around the U.S. are already offering them now.
SHOW TRANSCRIPT

It might seem too early to be talking about the flu shot, but this year experts warn of a combination of two different viruses overwhelming hospitals.

Delaney Sweet got her flu shot in August, three months earlier than usual.

Some of the top U.S. doctors aren't just urging the public to get a flu shot, they're asking people to get it earlier.

"Our hospitals and doctors' offices fill up as it is in December and January when it's cold and flu season. And having COVID-19 on top of that really runs the risk of overwhelming our health care system," American Medical Association President Dr. Susan Bailey told Newsy.

The CDC says less than 50 percent of adults get the flu vaccine. They're hoping that number will be closer to 65 percent this year. The American Medical Association is recommending anyone six months and older get a flu vaccine by Halloween.

Physicians are also preparing for COVID’s impacts on flu season, too. Dr. Scott Joy at Swedish Medical Center in Denver, Colorado, tells Newsy clinicians will need to be very sharp judging symptoms. While a few differ between COVID and flu, many of the symptoms, like body aches, could be either virus.

Dr. Joy says he also expects COVID to mean more televisits instead of in-person at the clinic. He’s suggested already to his patients they get at-home medical equipment in case symptoms pop up, like a thermometer, blood pressure cuff and pulse oximeter.

"So if a patient calls, their oxygen level is a little borderline, we could say, hey, we want you to keep on that overnight and let's do another televisit in the next day or two," he told Newsy.

Doctors and experts are also watching countries in the Southern Hemisphere. The flu season there has petered out, the CDC director says, because of COVID-related precautions.

"Wearing face coverings or masks, social distancing, washing your hands, being smart about crowds. They're not specific for COVID; they're going to work for any respiratory virus," Redfield said.