The Trump Veep-Stakes Could Include Democrats 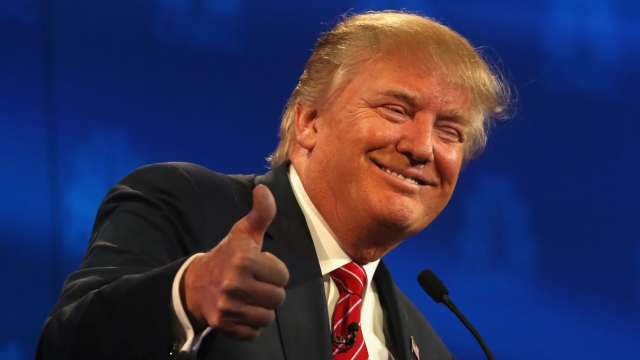 The Donald Trump "veep-stakes" is off the blocks, and it seems like almost anyone can make the list, including a Democrat.

Dr. Ben Carson, former GOP candidate and the man helping choose Trump's running mate, told The Wall Street Journal anyone could be considered. That is, except for the former surgeon himself.

He told the outlet, "I’m not interested in doing that for a number of reasons. I don’t want to be a distraction."

Trump choosing from outside the party probably won't do a whole lot to unite the GOP enough for the general election. It could also help prove true an argument made by other candidates this year: that Donald Trump isn't a conservative or even a Republican.

The question about running mates always takes over headlines until the choice is made, but throw in Trump's ability to grab media attention and it's safe to say we'll be inundated even more than before.

So far Trump has made it clear he has no issue picking one of his former rivals, including Texas Sen. Ted Cruz and Ohio Gov. John Kasich.

Trump has said for a while now that he wants to choose someone with more political experience than he has — someone who can help him navigate the Beltway. But some notable Republicans have said they don't want to be Trump's VP, including South Carolina Gov. Nikki Haley and Ohio Sen. Rob Portman.

According to The New York Times, Chris Christie, Newt Gingrich and Mary Fallin have all said they'd be interested in running with Trump.