What's The Story Behind The 15-Year US-EU Aircraft Subsidy Dispute? 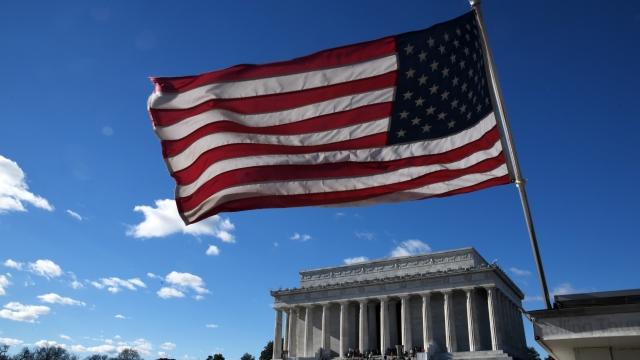 After 15 years, the U.S. and European Union are still engulfed in a dispute over aircraft subsidies.

There are two main complaints. So let's split it up and go through the U.S.'s side first: In 2004, the U.S. submitted a complaint to the World Trade Organization, saying the EU and four of its member states gave illegal subsidies to aircraft manufacturer Airbus over an almost 40-year period. The U.S. said the beneficial subsidies for Airbus hurt the U.S.'s large civil aircraft industry, which goes against the WTO's Agreement on Subsidies and Countervailing Measures.

In 2010, a WTO panel found the EU and its member states were, in fact, illegally providing subsidies to Airbus. And that those subsidies likely resulted in lower sales of American large civilian aircraft in several countries. The panel recommended that the EU withdraw certain subsidies "without delay."

In 2011, the EU said it had complied with the WTO's recommendations and rulings. Later that year, the U.S. said the bloc and its member states had yet to comply with the rulings. And after a lot of back and forth, a compliance panel is still looking into it, though it doesn't expect its work to be done before the end of this year.

Now, let's take another step back and look at the EU's side: On the same day the U.S. filed its complaint, the EU filed one accusing the U.S. of the same thing. The bloc submitted an additional complaint in 2005. The EU estimated that the U.S. gave Boeing some $19.1 billion worth of subsidies between 1989 and 2006 — more than half of which the EU said came from NASA — which goes against that same WTO agreement. The EU said the U.S.'s illegal subsidies hurt the EU's trade in large civil aircraft.

In 2011, a WTO panel recommended the U.S. take steps to remove the adverse effects or withdraw certain subsidies. In 2012, the U.S. told the WTO it had done that, but the EU said it didn't.

After some appeals and a lot of time, in March 2019, a WTO appellate body agreed that the U.S. had not complied with the ruling. And in June, the WTO set up an arbitrator to help settle the dispute.

So, now what? In WTO dispute settlements, if there is no satisfactory conclusion, the party that filed the complaint can ask the WTO for permission to retaliate. One of the ways to retaliate is through increased import duties, or tariffs. The idea is that the retaliation is temporary and encourages the other party to comply with the ruling.

Amid all of the legal proceedings, the U.S. and EU have gone back and forth in threatening each other with those tariffs. The EU said it's open for discussions with the U.S. "provided these are without preconditions and aim at a fair outcome."