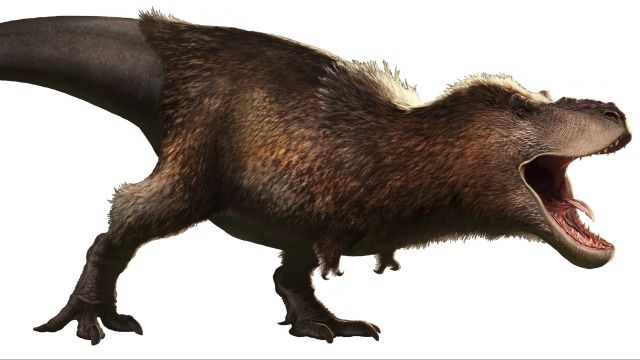 You probably think the Tyrannosaurus rex was a ferocious creature with bared teeth and lizard-like skin, but science paints a different picture.

Most scientists now argue that tyrannosaurs were covered in feathers, not scales. Fossils have shown fiber impressions around the tail and jaw, which suggest the dinosaurs had fuzzy coats.

But according to a recent study, the T. rex wasn't completely coated with fuzz. A team of researchers examined the facial bones of tyrannosaurs and found that their faces were covered in crocodile-like scales. 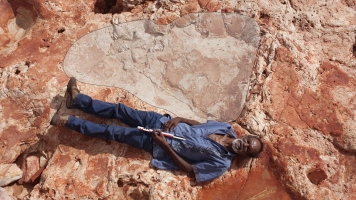 Check Out The Biggest Dinosaur Footprint Ever Discovered

And those scaly faces might have included lips. We often see dinosaurs depicted with big teeth sticking out of their mouths, but some scientists suggest the teeth were covered by lips — like modern-day lizards.

So the T. rex might not have been as menacing as you thought — but you probably still wouldn't want to cross one.