The Story Of Smokey The Bear 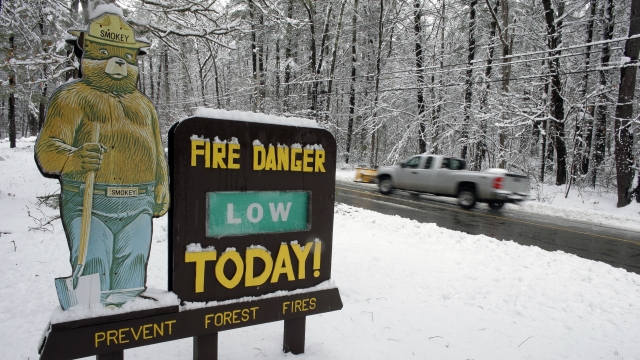 In a long line of famous bears, one stands out.

"Only you can prevent forest fires," says Smokey Bear.

Without Smokey Bear protecting their home, the other caring, crude and cuddly bears might not have a place to stomp around.

Smokey’s story goes back to World War II. Many firefighters were deployed overseas and at home there were fears enemy attacks could spark deadly blazes. The U.S. Forest Service organized a campaign to help prevent forest fires, and suddenly it was everyone’s duty to help. 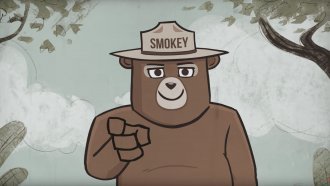 In 1942 Walt Disney let the Forest Service use "Bambi" in promotional material, but only for a year.

So, on August 9, 1944 the Forest Service and the Ad Council gave birth to a new face of wildfire prevention: Smokey Bear.

The slogan "Smokey says care will prevent nine out of 10 forest fires," accompanied his first image.

Smokey’s popularity grew and in 1947 he adopted a new signature phrase: "Only you can prevent forest fires!"

In 2001 that was updated to "Only you can prevent wildfires."

In 1950, Smokey came to life. Firefighters discovered a young bear cub who was burned after a fire in New Mexico. They named him Smokey.

He went to live at the National Zoo in Washington. The real-life Smokey died in 1976, but today the original Smokey Bear lives on with his message still loud and clear, over 75 years later.