The Modern Space Race To Prepare For War Beyond Earth 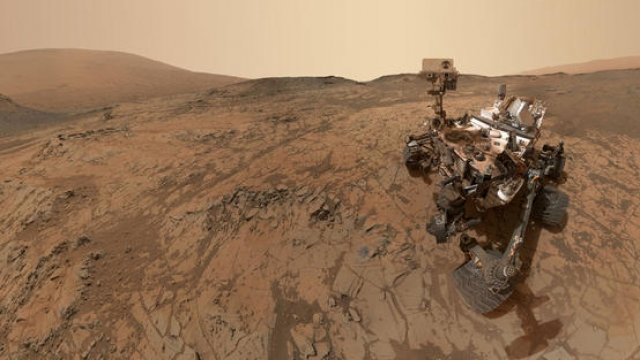 It's not quite "Star Trek" and Starfleet, but the future is now when it comes to militarizing space. In fact, the future has been here for a while. It didn't start with President Trump's Space Force, but it could factor prominently.

Concerns about war in space go back to the 1950s and the Cold War between the United States and the Soviet Union. The U.S. began testing anti-satellite weapons and even tested nuclear bombs in space because of fears that the Soviets would launch nukes from orbit. 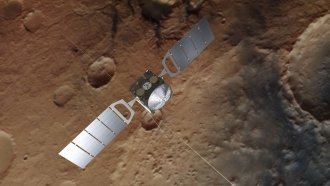 Scientists Want To Be Sure There's An Underground Lake On Mars

The U.N. Outer Space Treaty of 1967 banned weapons of mass destruction in space, which shifted the emphasis to surveillance. Satellites became a crucial part of an early-warning system for launch of ground-based nuclear weapons. During this tense period, the Soviets tested "space mines," self-detonating devices that could destroy U.S. satellites with shrapnel.

The Air Force Space Command was activated September 1, 1982, to provide "military focused space and cyberspace capabilities," and in 1985 the Air Force demonstrated its muscle when an F-15 fighter jet launched a missile and took out a failing U.S. satellite in low-Earth orbit.

Jump ahead to now: satellites are still military targets in space — for the U.S., Russia and China. NASA's administrator says when it comes to sabotaging U.S. satellites, China and Russia are working on, "jamming, it's dazzling, it's spoofing, it's hacking — all of these threats are proliferating at a pace we have never seen before, and the Chinese are calling space the American Achilles' heel."

To date, there are no U.S. troops stationed in space. The current strategy focuses on protecting satellites that monitor adversaries' military activity on Earth, provide guidance for U.S. air and ground forces and enable rapid communication within the military. The U.S. continues to add a new generation of surveillance satellites to a network designed to detect missile launches anywhere on the globe.

An Air Force director called the fleet the "bell ringer to a launch anywhere on the face of the planet."

Military readiness on Earth is reaching for the stars, and has been for years, but where will it stop? Is a base on the moon stocked with weapons and troops really all that far-fetched? Or will computers serve as a nerve center from here on Earth? Time will tell. But the front line looks headed for "where no man has gone before."