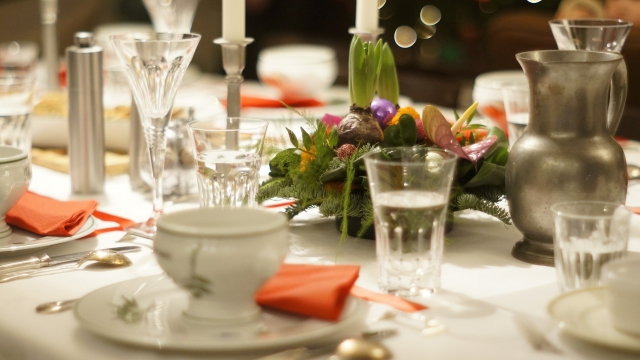 Ah, Thanksgiving traditions: turkey, strangely shaped cranberry sauce and bitter political arguments. How can you hope to find common ground after such a heated presidential election?

You shouldn't arm yourself with comprehensive lists of facts and figures. Research shows people — and that includes you — tend to cite information that supports their existing beliefs. But trotting out facts to show how right you are and how wrong they are actually makes people double down.

Instead, try tweaking your own arguments so they appeal to the other person's values. Researchers call this "moral reframing."

SEE MORE: When It Comes To Environmental Damage, Thanksgiving Leftovers Add Up

For example: They found conservatives are more likely to support liberal pro-environment legislation when it's presented in terms of keeping nature pristine instead of focusing on the harm humans are doing.

Same with health care. When researchers present universal coverage as a way to keep people disease-free and productive instead of as a universal human right, more conservative thinkers support it.

It works the other, way, too. More liberals support making English the official language of the U.S. when it's framed in terms of fairness, say, by improving immigrants' job prospects.

It sounds simple, but reframing might be harder than you think. People are more likely to make arguments that align with their own values instead of the other person's. You're also going to be distracted by turkey and stuffing. But in the interest of keeping the peace, give it a try.