International Community May Finally Help As Crisis Turns To Insurgency 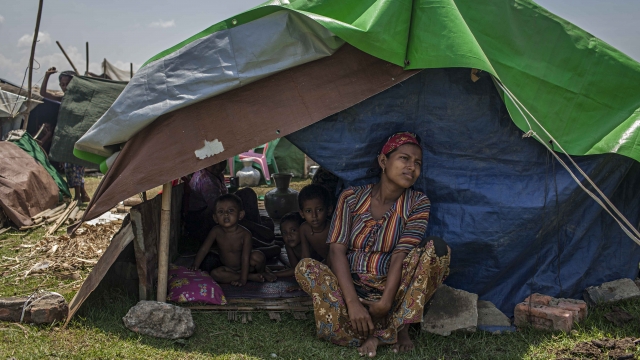 SMS
International Community May Finally Help As Crisis Turns To Insurgency
By Melissa Prax
By Melissa Prax
January 19, 2017
About 65,000 Rohingyas have abandoned their homes since October.
SHOW TRANSCRIPT

The people have been displaced for years. Some have to live in makeshift camps. But now, other countries might finally help.

That government had blamed the minority Rohingya group for burning their own houses to get international attention. Aid groups say otherwise.

About 65,000 Rohingyas have abandoned their homes since October. That's because government-backed military efforts have ramped up in the state that most of them reside.

"[The Burmese Army] pulled up their blouses and removed the bras. They raped them right there in the yard," a Rohingya said.

Some Rohingya have struck back as tension has spilled over into an insurgency.

But it's hard to predict how this will affect the crisis.