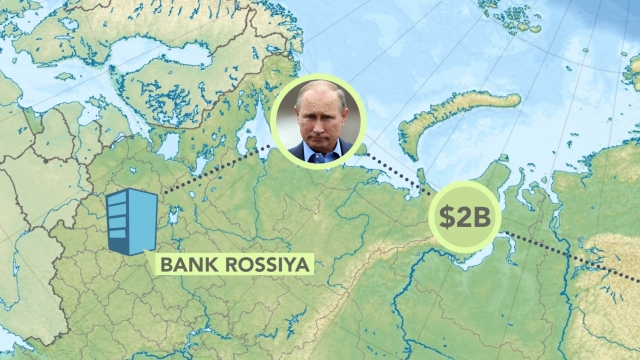 The Panama Papers are the biggest data leak in history. But that leak is so deep and so wide, it’s tough to grasp what the law firm in question actually did.

Mossack Fonseca helped world leaders and their friends hide their wealth, shuffling it through shell companies. That allowed the rich and powerful to avoid taxes and to work around around international sanctions, like those placed on Russia.

That’s where a trail of $2 billion in hidden funds leads back to Vladimir Putin, whose close friends moved money to a Putin-aligned bank, then to Panama’s Mossack Fonseca, then to an offshore company in the Virgin Islands called Sandalwood, and finally to a Russian ski resort where Putin’s youngest daughter was married in 2013.

In all, more than a dozen world leaders are linked to the Panama Papers, with more than 60 friends and associates of those leaders also shown in the leak. All of them now face questions of laundering, tax avoidance or fraud.

German newspaper Sueddeutsche Zeitung and the International Consortium of Investigative Journalists reported data leaked from Mossack Fonseca, which was shared with more than a hundred newsrooms around the globe.