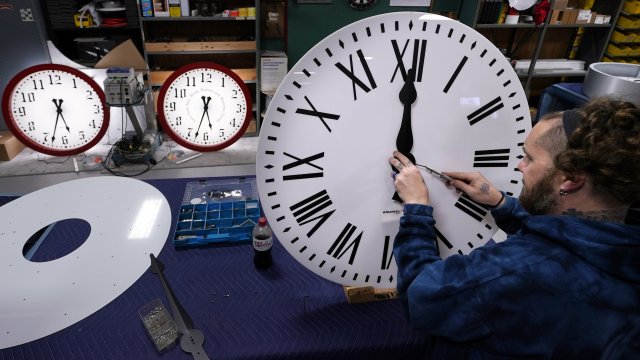 We’ve all been there, reeling from effects of the ritualistic time-change. But it’s unclear how much longer you will have to deal with those yearly clock changes.

The Senate passed a bipartisan bill back in march aimed at changing the standard time across the U.S.

The Sunshine Protection Act won’t protect your skin from UV rays, but, it would make Daylight Saving Time permanent: No more falling back, or springing forward.

Other states, like Hawaii and Arizona have already adopted permanent standard time — and under this law, they’d be allowed to stay that way.

The bipartisan bill, named the Sunshine Protection Act, would ensure Americans would no longer have to change their clocks twice a year.

It’s not just lawmakers. Americans are also ready for some stability.

A 2022 YouGov poll found a majority of Americans want to ditch the twice-yearly changes.

The preference for Daylight Saving Time or standard time is a little less clear, but most people say they’d like to spring forward and stay there.

The government first tried to implement permanent Daylight Saving Time in the 70s. It was a move former President Richard Nixon thought would conserve energy following the 1973 energy crisis.

Parents weren’t in love with the proposed change, as losing an hour of sunlight in the morning meant their kids were going to school in the dark.

The Department of Transportation found the change had little impact on saving energy, and may have actually increased gas consumption.

And then there was the notion that more daylight in the evenings would be a boon for farmers. That wasn’t the case, either.

The agriculture industry has criticized daylight saving time since Word War I, complaining it only delays their schedules.

If the bill becomes law, it wouldn’t take effect in until November of 2023.