Understanding The Pitfalls Of How We Teach Black History Today 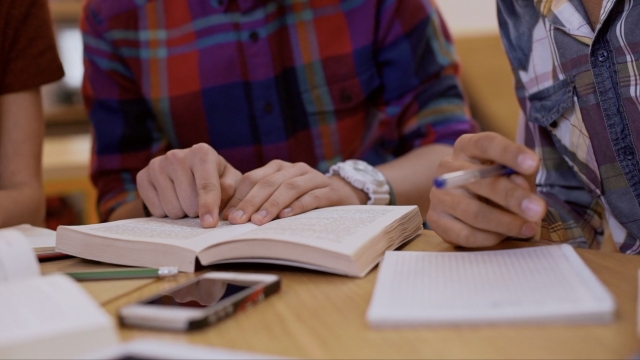 SMS
Understanding The Pitfalls Of How We Teach Black History Today
By Casey Mendoza
By Casey Mendoza
February 18, 2019
Most U.S. schools' black history curricula have some pretty major blind spots. How do we fix them?
SHOW TRANSCRIPT

History education in the U.S. may have progressed from its racist origins, but how students learn about black history today is still rife with mischaracterizations and bias.

"The question? 'Give three "good" reasons for slavery and three bad reasons.'"

"When one girl laughed uncomfortably, Cummings allegedly stepped on her back, saying 'See how it feels to be a slave?'"

Those examples may be egregious, but they highlight a major issue: U.S. schools aren't effectively teaching kids about black history.

In 2018, the Southern Poverty Law Center released a study that surveyed high school seniors to determine their knowledge about slavery in America. Only 8 percent of those surveyed said slavery was the "central cause of the Civil War," and just 22 percent correctly identified how the Constitution aided slaveholders.

The SPLC argues these educational pitfalls are due to the way schools teach history as inherently progressive — failing to acknowledge injustice and oppression.

"We have a tendency in this country to make everything the same, right? Our official curriculum is naturally Eurocentric by nature. So if we think about it, whenever you try to add something to a narrative, you have to add it in a way that makes sense to that narrative. And what happens is, we end up sanitizing the other narratives that are meant to provide disruption into this kind of Eurocentric framework, right?

"So for example, 1776 in many ways means nothing historically to black people, right? You know, there wasn't black independence in 1776, right? So why do we teach it in terms of 'this is U.S. independence' when there were thousands of human beings who are still enslaved and weren't considered citizens of the United States?"

The responsibility of teaching black history accurately and effectively falls on many shoulders: textbook authors, school administrators and, of course, teachers themselves.

In 2018, Professor LaGarrett King published a research study where he interviewed student teachers about their own understandings about black history.

"Many teachers want to be better in teaching culturally diverse curriculums, but they come into this contentiousness in terms of how they approach the particular subject, right? They still engage in what they've learned in the past about black people. And just kind of centering this notion on slavery, centering their notions on reconstruction, centering on the civil rights movement."

King notes that one of the issues resulting in miseducation was the lack of diversity in schools. He says the teaching force is "monocultural," and statistics back that up. In 2016, the Department of Education reported that minorities make up less than 20 percent of public elementary and secondary school teachers.

This isn't to say that white teachers can't understand or teach black history, but increasing diversity may help uncover the blind spots in our cultural narratives that eventually lead to misinformation.

"I do think those teachers you mentioned about the slavery math problems and the slavery games and such — I believe wholeheartedly that since it didn't that happen to them in terms of their racial group, then they can't see how devastating that is towards someone that's connected to that racialized group."

Today, organizations like the National Education Association, Southern Poverty Law Center and King's own Carter Center for K-12 Black History Education offer resources for classrooms on how to teach black history without bias.

One thing is key for each of these resources: centering lessons on black voices and perspectives.