Something Might Be Keeping The Ozone Layer From Healing Itself 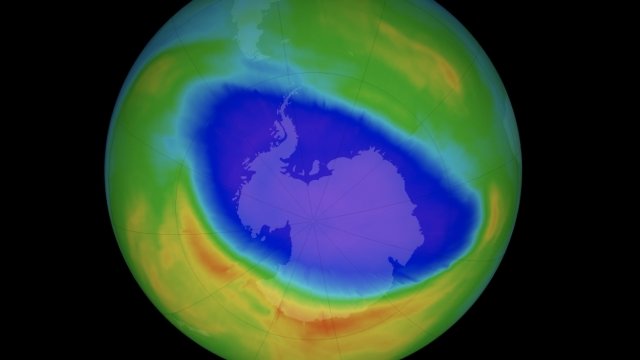 SMS
Something Might Be Keeping The Ozone Layer From Healing Itself
By Sarah Schlieder
By Sarah Schlieder
October 12, 2017
Certain chemicals chewed a hole in Earth's ozone layer. But regulating those substances doesn't seem to have made much difference.
SHOW TRANSCRIPT

After 30 years, the Earth's ozone layer seems to have stabilized. But it's not showing any signs of recovering from the damage chemicals did to it.

In the 1980s, scientists discovered certain chemicals had chewed a "hole" in Earth's ozone layer, which protects us from the sun's ultraviolet radiation. Several nations enacted the Montreal Protocol, which was designed to phase out damaging chemicals like chlorofluorocarbons and hydrofluorocarbons. Since then, satellites monitoring the ozone hole haven't seen any improvement.

It could be because of atmospheric conditions. A 2013 NASA study found that heat and wind in Earth's stratosphere change the average size of the ozone hole from year to year. In 2016, for example, NASA scientists determined the fluctuations were due to an unusually warm stratosphere. 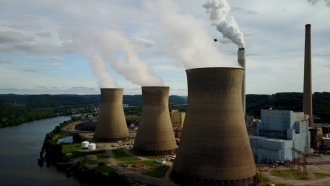 And now, some researchers argue the ozone layer is facing a new threat from harmful substances that aren't regulated by the Montreal Protocol. They're used in everything from pharmaceuticals to paint stripper, and we'd previously thought they degraded before they reached the stratosphere.

But a recent study found there's more of them in the atmosphere than expected. Levels of dichloromethane, for example, have increased 60 percent over the past decade.

Researchers say we might need to expand the Montreal Protocol to include these harmful substances. Until then, scientists will continue to monitor the ozone hole's fluctuations.