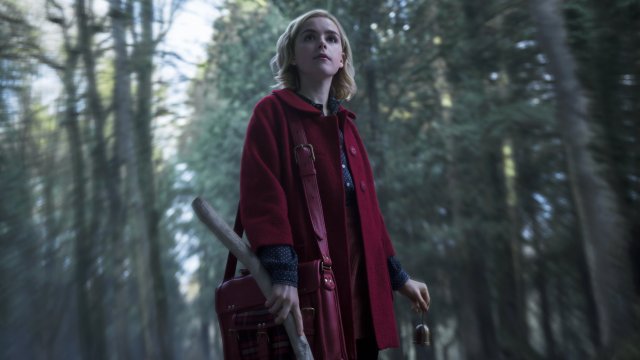 Good TV can be downright addictive. The heart leaps as "The West Wing's" music soars and C.J. Cregg sweeps into the Oval. That special surge, anticipating an almighty clash between Kyle and LVP in "Beverly Hills." Other TV shows, it's take it or leave it.

What makes certain shows so addictive to certain people? Chemically speaking:  dopamine. That’s the "feel-good hormone," a neurotransmitter linked to bliss and euphoria.

When you watch something on TV that you enjoy, your brain produces dopamine. Repeated production of dopamine — like during a weekend of binge-watching — can result in a "drug-like high."

"It is the brain's signal that communicates to the body, 'This feels good. You should keep doing this!'" That's the way Dr. Renee Carr, a clinical psychologist, put it to NBC. Carr calls it a "pseudo addiction."

Oh, and one more thing about dopamine: If you feel euphoric right before sitting down to watch your favorite show, it's because the initial burst of dopamine occurs in anticipation of the reward. It sort of primes you for more to come — magnifying the feeling. In a world of responsibilities, the tube sucks you in. It's a great escape. Nielsen reports that adults spend four hours and 10 minutes a day watching live TV.

Binge-watching is a whole other beast, especially in the streaming era, and these marathons point to some secret ingredients of can't-turn-it-off TV. Researchers have found that:

In the age of the short social media exchanges, we have a hunger for longer narratives. We see ourselves in characters. That's called "identification." There's also "wishful identification," where you wish you were the character. Or "parasocial interaction" — that's when you feel a connection to a character.

We use TV to break free of the day-to-day slog — work, commute, relationships, life. Binge-watching creates a virtual world where those real world stresses don't exist.

Hot shows become communal when everyone's talking about them — a shared experience.

Too much TV viewing can result in too few social connections, and that can be detrimental because it's in our nature to need real live human connections. As is true with so many feel-good activities, moderation and self-control are still important.

That might mean a self-imposed cap on the number of episodes to binge. But watch out for the cliff-hangers. They make it tempting to stick around for just one more episode. And then just one more.