For Presidents, One Brain Region Helps Campaign, One Helps Govern 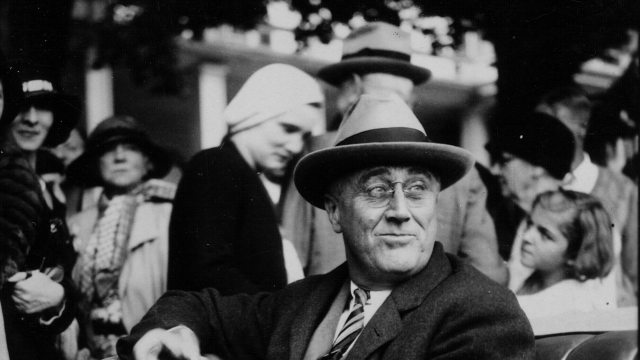 SMS
For Presidents, One Brain Region Helps Campaign, One Helps Govern
By Chance Seales
By Chance Seales
February 20, 2019
What separates a good candidate from a bad one could be neurological.

"If your actions inspire others to dream more, learn more, do more and become more, you are a leader." — John Quincy Adams

Beautiful. But no quote — however descriptive — totally captures what is to do leadership.

There's always something intangible. Psychologists, historians and political scientists do their best to firm it up for us.

One writer in Psychology Today cites brain structure, specifically the limbic lobe and the cortex.

In other words, one leadership style to win, one to govern.

Research titled The Personality and the President Project concluded that great presidents are stubborn and disagreeable.

They are also, according to the research, "extroverted, open to experience, assertive, achievement striving, excitement seeking and more open to fantasy, aesthetics, feelings, actions, ideas and values."

Empathy: Understanding other people's lives is a key to presidential leadership. Lincoln, she says, was born with it.

Resilience: This trait helped Franklin Roosevelt deal with polio, and later with the the Great Depression and World War II.

Communication: This comes down to effectively telling people where the country is, where it needs to go and how the leader — the president — is going to get the country there.

Openness: Lincoln was open to other ideas and put rivals on his Cabinet.

Impulse control: Lincoln is an example here, too. He would write vicious letters to vent his frustration or anger — and then not send them.

Relaxation: Franklin Roosevelt came up with the Lend-Lease Program during a 10-day fishing trip.

The takeaway: Effective leadership seems to be a delicate dance between hubris and humility. The situation dictates how far to lean in either direction.