Movies From The Sundance Film Festival You'll Have To See 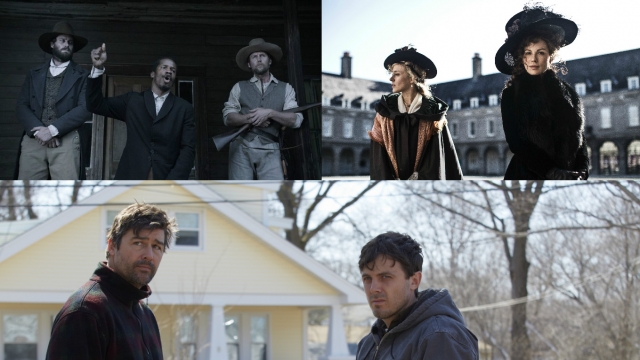 Here's why people are buzzing about the Sundance Film Festival's diverse flicks, which cover everything from fraternity hazing to a slave rebellion.

Every January, fans and people from every facet of Hollywood flock to Park City, Utah, for the Sundance Film Festival. It's basically an 11-day-long party, but it's important because this is the place where indie films get bought by major distributors and where unknown actors can have major breakthrough moments.

It also kicks off the Oscar rumor mill for the following awards season. This year, there are several that are already headed down that gold-paved Oscar campaign trail.

Nate Parker's "The Birth of a Nation" premiered to lengthy standing ovations. The film, which Parker produced, directed and stars in, is about Nat Turner's 1831 slave rebellion in which he led a 48-hour battle against a slave owner.

The film set a new record as the priciest purchase at the festival, going to Fox Searchlight for $17.5 million.

Another buzzy film is Kenneth Lonergan's "Manchester by the Sea," starring Casey Affleck and Kyle Chandler. The film, which Amazon bought, is being called the best performance of Affleck's career.

"Goat" is a film starring Nick Jonas that centers around fraternity hazing. Jonas said he could see how older fraternity members get lost in the hazing rituals. Jonas said, "I found myself really kind of losing myself in the moment of this thing."

Other notable films were "Hunt for the Wilderpeople," "Love & Friendship" and "Tallulah."

Probably the most refreshing aspect of this year's Sundance is the wide-ranging diversity across all the films. Between leading female roles, critically acclaimed African-American leads and racially diverse directors, this festival seems to be the solution to the #OscarsSoWhite controversy we've been looking for.