The Money And Motives Powering The 'Influence Machine' 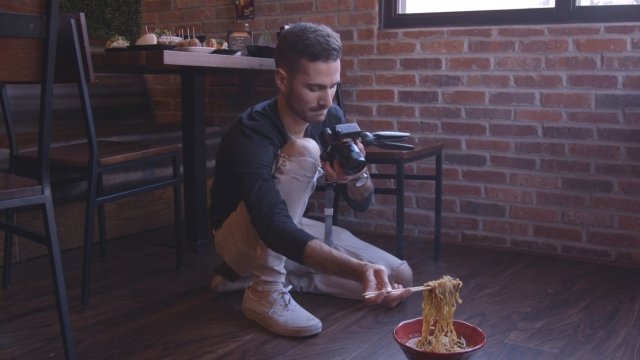 When you were being marketed to, you used to know it. Big names hawking swag in sometimes overt ways, like Cindy Crawford grabbing an ice-cold Pepsi.

This is what influencer marketing is, according to Forbes: "It's the grey territory between an official testimonial and a subtle product mention, which is done almost in passing."

Influencers don't have to be celebrities. Some are, some aren't. They do have to be thought leaders though — meaning respected authorities on a certain topic or a theme. For example: food or fashion or music or travel.

And most of all, they need a devoted following on social media. Sometimes they might add TV or a blog. Maybe books for good measure.  But as long as people care about their opinion, they're in business.

Companies — sponsors, in this case — pay an influencer to market a product if they believe they have a built-in audience to buy it or try it.

A few considerations are made, writes Influencer Marketing Hub.

— Who's the influencer's main audience? Tweens, young professionals, gay millennials, affluent parents? You have to get specific.

— Size does not always matter. An influencer with a small following that precisely fits even a slice of a targeted audience is preferable to one with a huge, fractured audience.

— And what's the content plan here? It shouldn't be dead-on and product-focused. It should revolve around an interesting story or an image that logically — although subtly — includes the product.

Here's an example. Balvenie Scotch, a small-batch craft whiskey, hired influential chef and TV personality Anthony Bourdain to be its influencer. Why? Balvenie felt Bourdain's sophisticated audience fit its brand. (He also happens to be a household name with millennials.)

Bourdain and Balvenie collaborated on a series of short documentaries, not about Balvenie Scotch but about craftsmanship. In one about handmade cookware, Bourdain casually mentions Balvenie Scotch right at the end, uses a splash to cook with it and enjoys a drink with the cookware craftsmen.

Otherwise, the six-minute video is a story about people creating handmade skillets. The overall message, though, is: There's something to be enjoyed and appreciated about craftsmanship, whether the product is cookware or scotch. With more than 1 million views, the videos have no doubt inspired a fair share of liquor store runs for scotch.

Final question here: What about all the money?