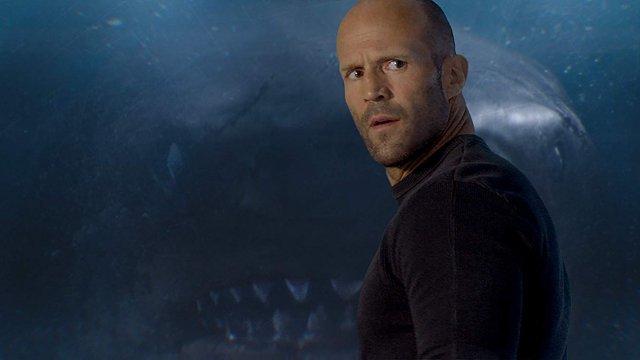 SMS
'The Meg' Is A Bigger Box-Office Hit Than Expected With $141M Debut
By Jamal Andress
By Jamal Andress
August 12, 2018
Aside from Jason Statham's turns in the "Fast and Furious" franchise, this is the best debut of his career by nearly $10 million.
SHOW TRANSCRIPT

Taking the No. 1 spot this week is Jason Statham and his pet dinosaur in "The Meg," bringing in a better-than-expected $44.5 million in its first weekend out. Analysts placed the predictions for "The Meg's" debut closer to $20 million, so obviously this is a best-case scenario for the folks at Warner Bros.

Speaking of best-case scenarios, this is a major milestone in Jason Statham's career. Aside from his turns in the "Fast and Furious" franchise, this is the best debut of his career by nearly $10 million. The next closest film is "The Expendables" from 2010.

Along with a strong domestic showing, "The Meg" brought in a fantastic $97 million from overseas — $50 million of which came from China alone. That puts the worldwide total just past $140 million.

That said, putting a Megalodon on the silver screen don't come cheap. "The Meg" cost more than $130 million to make, so this film needed a solid debut to stay afloat.

But according to some film critics, the film itself actually suffers a bit because of its wide appeal.

"More blood, and more 'dumb,' more gore. It feels like it goes right to the edge of all of that and then pulls back to get that PG-13 rating. So I guess it wants to be, you know, accessible to the widest possible audience," critic Christy Lemire said on "What the Flick?!"

"The Meg" carries a 49 percent on the Tomatometer, so critics are split right down the middle on the quality of this particular shark film.

But let's be honest: You already watched "Sharknado," so clearly self-respect is not your top priority.

Falling to No. 2 this week is "Mission: Impossible - Fallout," bringing in an estimated $20 million in its third week out. The worldwide total for "Fallout" sits at nearly $438 million.

And last but not least, holding on to a spot in the top three this week is Disney's "Christopher Robin," bringing in an estimated $12 million in its sophomore weekend.

As for next week, it's like "Coming to America," but in reverse and with Asians.