The Famous Marshmallow Test May Not Predict Success Like We Thought 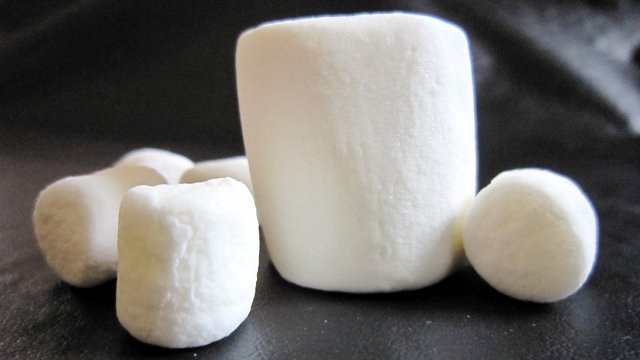 SMS
The Famous Marshmallow Test May Not Predict Success Like We Thought
By Steven Sparkman
By Steven Sparkman
May 25, 2018
Testing whether kids chose one treat now or two treats later has been linked to how well those kids do in life. But it could be more complicated.
SHOW TRANSCRIPT

If you've ever taken a psychology class, odds are you've seen video of kids agonizing over a marshmallow. The marshmallow test, where a kid is told they can have one treat now or two treats later, is one of the most famous tests in psychology.

It was developed by Walter Mischel in the late '60s to study how kids delay gratification. Later, it was shown that kids who held out longer in the test scored higher on the SAT as teens, were healthier and even had changes in their brains as adults.

That makes it seem like waiting on the second marshmallow is really important. So lots of parents have tried the test at home and maybe gotten a little scared when their kid caved and ate the first marshmallow. But they probably don't have anything to worry about. 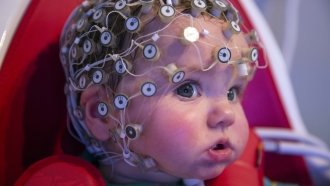 Think You're Smart? See What The Experts Say

"We find that when we control for other stuff at age 4, the relationship between gratification delay and later outcomes, specifically achievement, is zero," Tyler Watts of NYU said.

Tyler Watts, an education policy researcher at NYU, looked for evidence that the test could predict life success over and above a kid's other skills or their family environment. He and his co-authors used data from a project that followed kids born in the early '90s until age 15.

Specifically, he was trying to see if it's worthwhile to teach to the test. If you coach kids to delay gratification so they can resist the marshmallow, are you helping them do better long-term? Sadly, it doesn't seem to be that easy.

"The idea that one skill early in life is going to be uniquely important, over and above other skills, for shaping a person's development or trajectory over time, is probably expecting a lot. And I think we sort of throw some cold water on that," Watts said.

Doing better on the marshmallow test at age 4 didn't even predict things like risk-taking or impulse control as teens.

Watts still says teaching self-control more broadly can have a big impact, and he even says the marshmallow test is still useful to tell what's presently going on with a child. But focusing on this one part of self-control doesn't seem likely to pay off in the long run.

"I have a deep appreciation for Walter Mischel's work. ... It just seemed like it was time to go back to put some of that work up to some modern, more robust tests," Watts said.