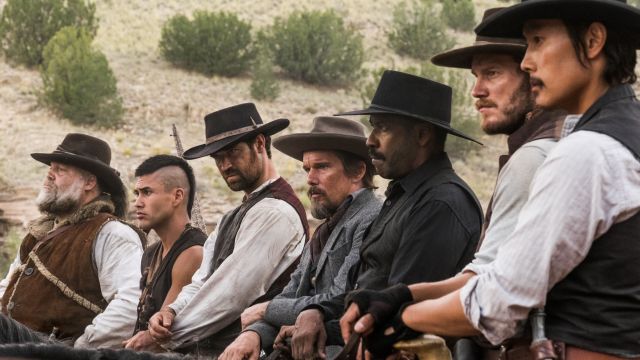 For the first time in his career, Denzel Washington is doing a western — complete with six shooters, horses and a hideous mustache.

Taking the No. 1 spot this week is, of course, Washington and his band of misfits. "The Magnificent Seven" nabbed $35 million in its debut, easily beating the competition this weekend and also giving Washington the third-biggest opening of his career.

This, however, is a career best for one of Washington's favorite directors, Antoine Fuqua, who specializes in helping Washington find his inner bad-ass.

Taking the No. 2 spot this week is "Storks," bringing in an estimated $22 million — a bit underwhelming, considering predictions for the animated film were between $30 million and $37 million.

SEE MORE: Hollywood Still Has A Gender Wage Gap Issue — But Less So In TV

But considering there won't be another animated movie hitting theaters until November, I think the storks will be just fine.

Falling out of first place but staying in the top three this week is "Sully," which brought in an estimated $14 million in its third week out. The Tom Hanks and Clint Eastwood collaboration has pushed past $126 million worldwide.

As for next week, Zach Galifianakis takes a break from interviewing presidents to try the whole movies thing in "Masterminds."