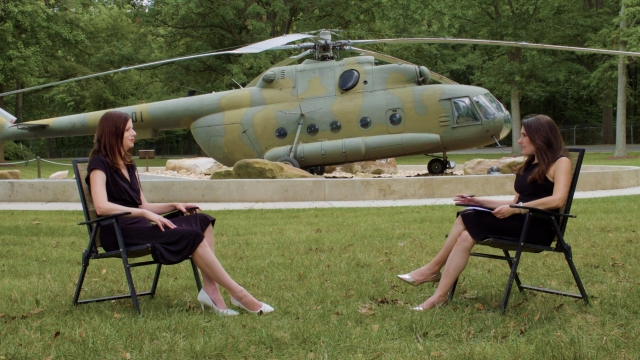 The CIA calls it "the greatest museum you'll never see."

Through the lobby in the CIA headquarters and past the stars for officers who died in missions – including those in the wake of 9/11 – a small museum stretches the length of a hallway.

"The public actually cannot go on a tour here at CIA because it is a secured and fortified compound," CIA Museum Deputy Director Janelle Neises said. "You'll notice office doors scattered throughout and those offices are still occupied and mission is being conducted behind those doors."

At its entrance is a duffel bag that was donated by the mother of a girl who died on September 11 when United Airlines Flight 93 crashed in Pennsylvania.

"This gym bag belonged to the youngest passenger who was on the flight that went down in Shanksville," Neises said. She wasn't supposed to be on that plane but had caught an earlier flight.

Next to her bag are service ribbons donated by a military officer who survived al-Qaida's attack on the Pentagon that same day. He would later join the CIA's mission to hunt down Osama bin Laden.

"There are so many officers that have very little memory of 9/11," Neises said. "We're at a point where we're hiring people right out of college and they were very young or not even born when 9/11 happened. For these new officers, it ties the history to people."

Statues include the first CIA communications officer to secretly enter Afghanistan. He slept on his equipment every night to protect it.

Also in the museum, lies a pair of ragged boots with a story.

"These boots were worn by the officer who was with Mike Spann, who was the first American killed in Afghanistan after 9/11," Neises said. "This officer was with Mike when he was killed. He was able to get to Mike, but not in time."

Other artifacts: a saddle from the horse an officer used to ride on for disguise and a miniature version of bin Laden's secret compound in northeast Pakistan. The rifle SEAL Team SIx found next to bin Laden during the raid also hangs on a wall.

"One of the things about the CIA museum that is interesting, but also frustrating from being the deputy director, is a lot of the new missions that are happening in real time," Neises continued. "We won't be able to put any of the artifacts on display for quite a while due to classification. I have a camera that I would like to put on display from the early 1980s, and I still can't do it."