A Lot Of Americans Don't Understand Government ... That's Not Good 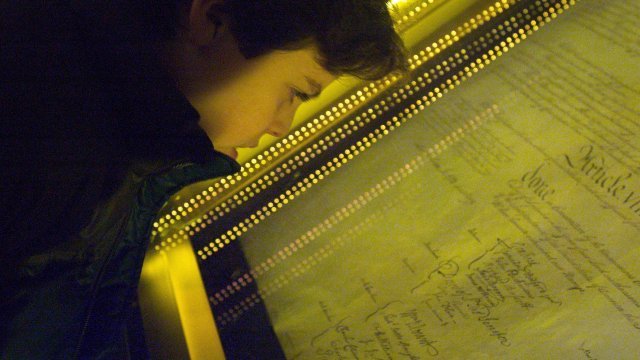 SMS
A Lot Of Americans Don't Understand Government ... That's Not Good
By Cliff Judy
By Cliff Judy
August 22, 2018
In an educational era that stresses math and reading, civics is on the backburner.

We've all had that moment. A family member or a close friend ranting very passionately about politics or government, except they don't know what they're talking about.

The problem isn't that you disagree with their perspective. It's that they legitimately don't know what they're talking about.

Experts are worried about the state of civics education in America. A few examples ...

In 2016, the Annenberg Public Policy Center found only 26 percent of Americans could name all three branches of government, a big drop from 38 percent in 2011.

And when the U.S. Census Bureau or Pew Research Center ask people after each election why they didn't vote, the top answers regularly include being too busy, uninterested or unsatisfied with the candidates to choose from.

In this "Ask The Experts," Dyer explores the need for secondary and higher education to rethink how we teach civics and engage all students — not just the political science or history majors.

"These are the kinds of topics and ideas that I think we need to re-engage every generation and interrogate and think through ourselves, whether we actually do hold these truths to be self-evident," says Dyer. "And if we do, that's our inheritance and that's something we have to pass on to the next generation."