The 'I Voted' Sticker Is Just One Big Psychological Hack 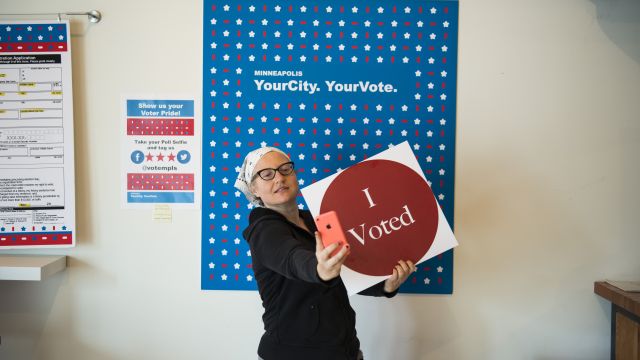 SMS
The 'I Voted' Sticker Is Just One Big Psychological Hack
By Melissa Prax
By Melissa Prax
November 3, 2016
Social media has virtual stickers, but some people still want the real thing.
SHOW TRANSCRIPT

Want to get people to vote? Give them a sticker.

And that's why the "I voted" sticker is so important. Researchers found a big reason people want to vote is so they can tell those around them that they voted.

A 2012 estimate said giving all U.S. voters a sticker would cost more than $34 million. But some cities have been ditching the practice.

And that's where social media's psychological boost comes to our rescue.

Facebook started implementing a "virtual sticker" option in 2010. The site says the feature launch encouraged an extra 340,000 people to cast their ballots. Plus, that was a midterm year.

And people are quick to tweet about their civic involvement but still with the leering question — where is my sticker?

So basically people like to do what others are doing. It's also kind of ironic because even though we're more motivated to vote if more people do, math says that makes our vote not count as much.