You're A Green One, Mr. Grinch — Cumberbatch's Grinch Has $66M Debut 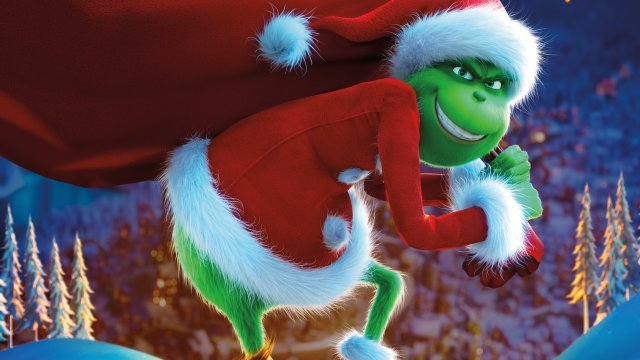 SMS
You're A Green One, Mr. Grinch — Cumberbatch's Grinch Has $66M Debut

By Jamal Andress
November 11, 2018
This debut is about $11 million better than Jim Carrey’s live-action Grinch from 18 years ago.
SHOW TRANSCRIPT

Taking the No. 1 spot this week is Hollywood's brand new version of an age old story. “The Grinch” brought in an estimated $66 million in its debut weekend. That’s about $11 million better than Jim Carrey’s live action Grinch from 2000.

But the Brit Grinch still has some significant ground to make up before he catches Carrey. "How the Grinch Stole Christmas" went on to gross $345 million worldwide at the box office — $80 million of which came from overseas.

As it stands, 2018's Grinch has made $78 million worldwide including $12.7 million from the foreign box office.

"The Grinch" has the entire holiday season to bring in more box office dollars but it will have to contend with several other family-friendly feature films. "Fantastic Beasts 2" hits the silver screen next week followed by "Ralph Breaks the Internet" and "Spider-Man: Into The Spider-Verse"

As for the movie itself, audiences enjoyed Benedict Cumberbatch as the 'the green one' but critics were pretty split about the movie. "The Grinch" managed a 55% on the tomatometer. Almost the exact same score as the 2000 live action version.

It's important to keep in mind though, if you're comparing either of these films to the classic 1966 television special they are undoubtedly going to come up short. The 26-minute "How the Grinch Stole Christmas" short film, is about as iconic an American cartoon as there is. So try to keep that in mind, and don't be so hard on the Grinch.

Falling to No. 2 this week is "Bohemian Rhapsody" bringing in an estimated 30.8 million in its second week out. Foreign ticket sales continue to outpace the domestic box office to the tune of $185 million.

Taking the No. 3 spot this week but still under-performing at the box office is "Overlord" bringing in an estimated $10 million in its first week out.

I say underperforming because it cost $38 million to produce and most analysts thought it would debut in the $20 million dollar range.  Despite the average opening "Overlord" does have good to great reviews — the tomatometer sits at commendable 81% at the moment.

And considering this film is billed as "Saving Private Ryan" meets "World War Z" I can only assume this could have gone very wrong in several places so congrats on not really screwing this up.

As for next week, Annalise? Annalise Keating is that you??